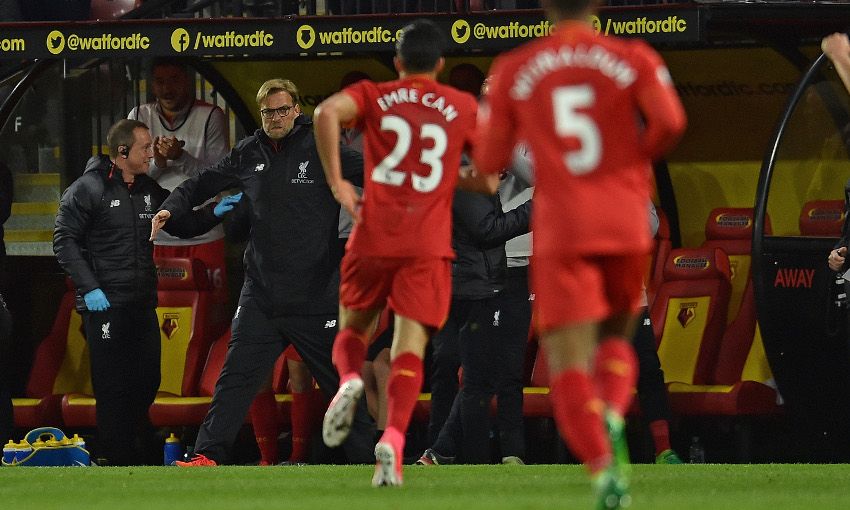 Fast forward to May 1.

Liverpool have lost just once since the end of February - their last outing, against a revitalised Crystal Palace - a series of dogged if not spectacular performances having put Champions League qualification back in their own hands.

Just four games separate the Reds from a successful end to the season, but they have Arsenal and Manchester United in pursuit, ready for any late slip-ups.

As those two teams worked through their backlog of fixtures, Klopp and co could do little else but wait for the results to come in.

The German says: "The last three or four weeks were difficult because we were always five/six/seven points ahead but [Arsenal and Manchester United] had all the games in hand.

"Watching it and not hoping that they lose is, for a human being, quite difficult. I don't want that somebody loses but in this moment we can say, 'Come on, the other team win'!

"From a human perspective, that's how it is."

Although United could not keep themselves in the race until the final day of the season, favours from the Gunners' opponents were not as forthcoming.

Thankfully, Liverpool had not been relying on a place in the top four being handed to them - all thanks to the boss.

Klopp recalls: "We needed to learn not to watch football in the week and hope that something happened.

"We had to stick to what we knew - playing football, winning the games, and seeing what it led us to.

"That's what we did from a specific point and it was easier to do it again."