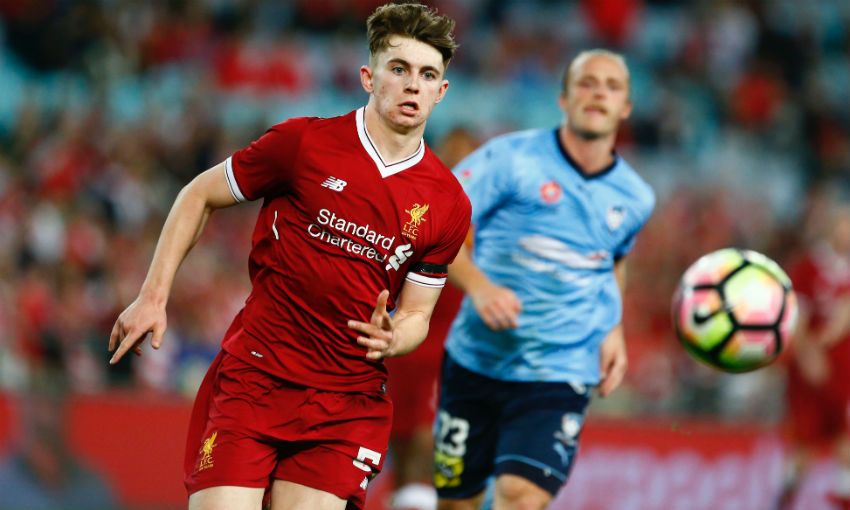 Representing Liverpool before a crowd of 73,000 in a city 10,500 miles away from Anfield is an experience Ben Woodburn will never forget.

Sydney’s ANZ Stadium played host to the Reds’ post-season friendly with Sydney FC on Wednesday, with Woodburn playing the full 90 minutes in a comfortable 3-0 victory for Jürgen Klopp’s team.

The game marked the end of a significant campaign in the nascent career of the young Welshman, for whom 2016-17 included becoming Liverpool’s youngest ever goalscorer, a Premier League debut and a first senior international call-up.

The 17-year-old has now taken time to reflect on a whirlwind year and admitted that the support the Reds’ received Down Under brought the strength of the club's global appeal into focus for him.

“Last summer I played in a youth tournament in Germany with a crowd of a few hundred, my last game of the season for Liverpool was in front of 73,000 in Sydney,” Woodburn told the Liverpool Echo.

“If someone had offered me back in August the season I’ve gone on to have, I would definitely have taken it. I have tried to work my hardest all year and luckily it has paid off with the chances the manager has given me.

“When you come to a place like this it really makes you realise just how big this club is and what it means to so many people all around the world, not just in England.

“I didn’t go on the tour to America back in pre-season so this is my first experience of a trip like this.

“It was nice to get a decent win in front of all those supporters. It was exciting and there was a great atmosphere.”

Despite a season filled with landmarks, Woodburn insists his desire to keep impressing and learning from Klopp will not wane.

“Jürgen has been a great manager for me,” he said.

“He has helped me during my first year with the first team and given me chances. He has taught me a lot - both in terms of when we’re in possession and when we’re not.

“He has kept my feet on the ground. I couldn’t have asked for a better manager to start my career with.

“Now it’s down to me to push on next season, build on this year and show everyone what I can do.”