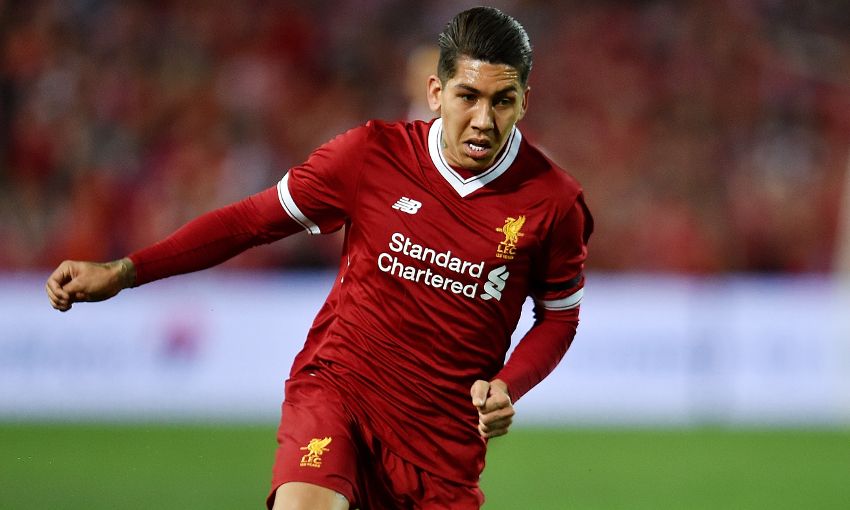 Having missed the chance to play with Roberto Firmino competitively, Steven Gerrard was delighted to team up with the Brazilian in Sydney on Wednesday.

The Liverpool legend was one of four club greats to join the first team on the pitch in their friendly against Sydney FC, which was won 3-0 at the ANZ Stadium.

Firmino shook off a long flight to star in the opening 45 minutes, teeing up Alberto Moreno to score the second goal with a delightful dinked assist before prodding home the third in front of more than 70,000 fans.

Gerrard featured for the duration of the first half Down Under and was particularly grateful to play with the No.11, who joined the Reds in the summer of 2015 as the former captain departed for Los Angeles Galaxy.

“To play with Firmino, especially, was an absolute pleasure. I would have loved to have played with him for a couple of years,” the new U18s manager told the Liverpool Echo.

“He’s a very intelligent footballer. He’s on that same wavelength – he sees things. There are players and there are levels and he’s absolutely top level.”

“This was obviously a bit special coming out here to give a bit back to our amazing fanbase. To play for Jürgen and be around the team was fantastic.

“There’s no such thing as a friendly when you’ve got a Liverpool shirt on. I’m the same, whatever type of game it is – I just give it what I’ve got and give it my best.

“All the lads were professional. They are coming off the back of a very long season. They could have easily switched off but with a manager as demanding as Jürgen there was no chance of that happening.”