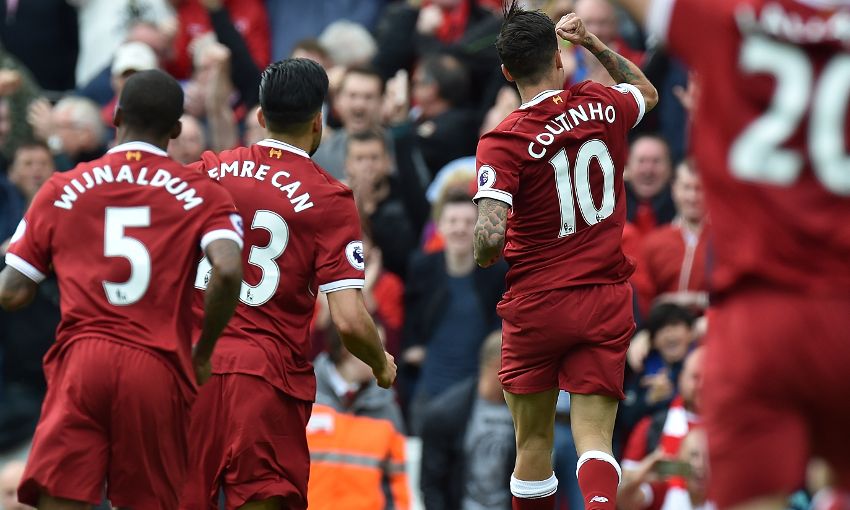 Philippe Coutinho ended the season as Liverpool's leading goalscorer after his free-kick strike against Middlesbrough on the final day at Anfield.

The No.10 doubled his team’s advantage in the Premier League clash with a precise low set-piece beyond the reach of the goalkeeper, as Jürgen Klopp’s side secured a top-four finish.

Following up his brace at West Ham United the previous weekend, Coutinho therefore pipped Sadio Mane to top the Reds scoring chart for 2016-17 with 14 to the Senegalese’s 13.

His compatriot Roberto Firmino was third with a dozen goals, ahead of Divock Origi (11) and Adam Lallana – whose effort on Sunday increased his tally to eight.