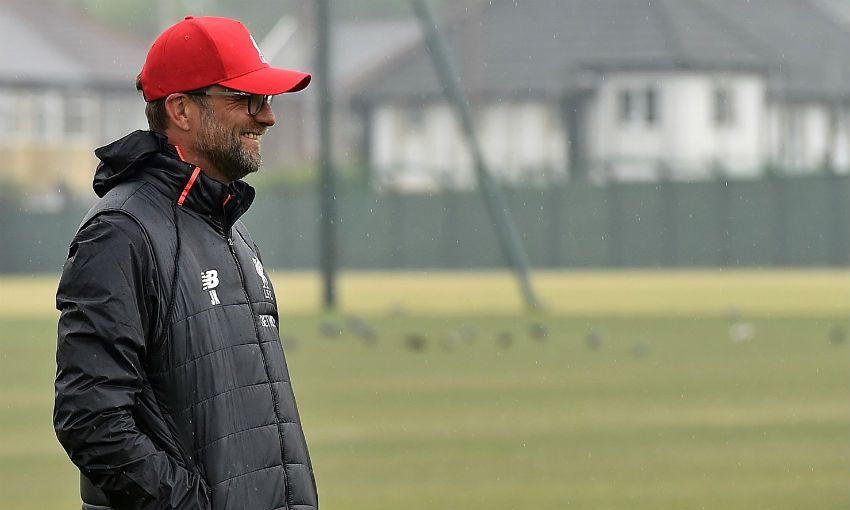 This weekend marks the end of the Premier League season, with the Reds going into their home fixture with Boro knowing that a win would guarantee either third or fourth place in the final standings.

That, of course, would result in the return of Champions League football to Anfield in 2017-18, but Klopp feels any ‘special motivation’ is not required ahead of the clash with the north-east outfit, despite the high stakes involved.

“I don’t think we need different kinds of descriptions for this game, so it’s a ‘cup final’ or a ‘World Cup final’ or that it’s the most important game of however many years and everything,” the boss told Liverpoolfc.com.

“It is a football game. If we really - and I know we do - expected from ourselves that in each game we win the game, what is the difference?

“We always have this kind of pressure; that we want to win the game, that we have to do the right things, we have to defend well, we have to be good organisationally, we have to create chances and we have to score goals.

“So that is not a big difference and I don’t think that anybody needs this special motivation or whatever. In the end, we have to play football and I am really happy I have a team able to do this.”

Following last Sunday’s comprehensive 4-0 victory at West Ham United, Adam Lallana revealed that the pre-match atmosphere in the away dressing room had been ‘very calm’ even though the visitors recognised the significance of picking up all three points.

“Good!” said Klopp, when his No.20’s thoughts were relayed to him.

“We have a few meetings, of course, and spoke about the situation. A few moments in life are not really fair and for us, having 70 points - I think last year, second place was 71 points or something.

“Before the last game, we had 70 and I said to the boys, ‘Really, I am already fine’ because we did this and that, not everything perfectly, but it’s not about looking back at where we lost points and where we did this and so on.

“We can do this, but only if we don’t forget the good things too. So, let’s play football because that’s the only thing we can really do, the only thing we really have influence on - that’s what I tried to tell the boys.

“As long as you are focused on yourself, as long as you can use the good things from the situation, like really fighting for something, then everything is fine. If you only feel the pressure, it makes no sense - you cannot run, you cannot breathe, you’re not free and that’s what football needs so you really can perform.

“I was happy about the last game, especially the second half because we showed we are here for working hard and trying everything, and we put in the right tools to beat them.”

Klopp also acknowledged that he has become accustomed to the final day of the season being of huge importance to his club, whether that be Mainz, Borussia Dortmund or Liverpool.

“For me it is not a surprise because in 17 years of working as a manager, it’s probably happened 15 times minimum [that it has gone] until the last matchday… I’m sorry, but as long as I am involved it could probably happen!” he added.

“It’s all good and what everybody would expect from a football season, that you would have to fight until the end - and that’s what we do.”