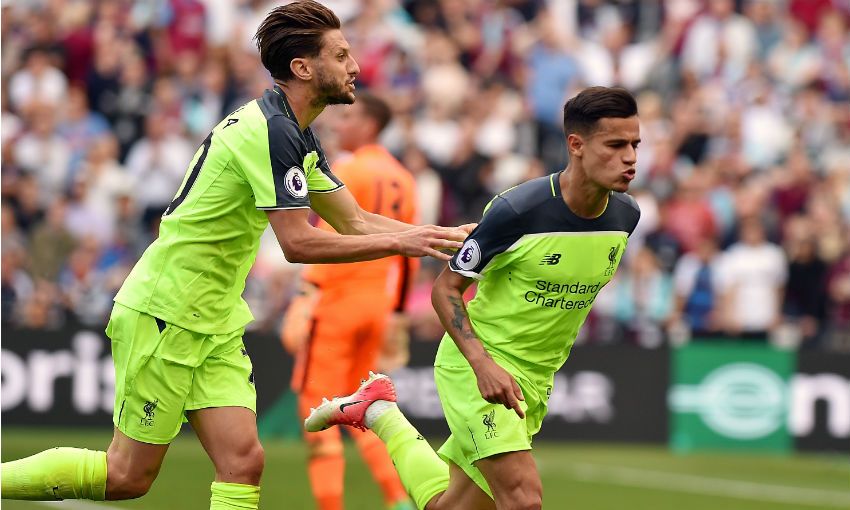 Jürgen Klopp deployed Coutinho in a deeper, more central role for his side’s trip to the London Stadium on Sunday afternoon and was rewarded with an outstanding performance from his No.10.

The Brazilian created the Reds’ opening goal with an inch-perfect through-ball that Daniel Sturridge collected and finished with aplomb, before adding two second-half goals himself to put the visitors firmly in command.

Liverpool travelled to the capital knowing that only a win would keep their fate in their own hands in terms of securing a top-four finish in the Premier League.

And Lovren revelled in an excellent team showing that, he feels, had Coutinho at its heart.

“To be honest we didn’t expect that we’d win 4-0 and score so many goals, but I would say that even with this pressure we showed our quality today, that we can win against tough-defensively teams,” the centre-back told Liverpoolfc.com.

“Our quality decided the game. Philippe was amazing today, he was the difference I would say.

“I said to him ‘soon you’ll be a defensive midfield player!’ and he was laughing. It says everything, he can play in every position, up front, in the middle, like a 10, he’s just brilliant.”

His assist and two goals notwithstanding, Coutinho was a constant menace to West Ham’s defence and midfield, and Lovren feels the Brazilian’s quality made it almost impossible for the hosts to contain him.

“[It was] Definitely difficult for them because he took the ball deep and with his skills, his fast movements, it’s quite tough to stop him. You can just stop him with fouls!” the Croatian said.

“He was taking two players on straight away and then you had space for the long ball, for Sturridge, for Divock [Origi]. We did it brilliantly today.”

Sturridge marked his first Premier League start since January with a typically classy goal and an impressive all-round performance - leading to more words of praise from Lovren.

“Sturridge is, I would say, a world-class player,” the No.6 added.

“He doesn’t need many chances. When he gets a chance he will score and he showed again today that he’s one of the best strikers.”

​​Victory over already-relegated Middlesbrough at Anfield on Sunday will seal a return to the Champions League for the Reds, and Lovren is determined to round the season off on a high.

“It’s a must-win for us. Definitely it will be difficult, for Middlesbrough it’s their last game in the Premier League so they’re quite a tough opponent, but we need to be patient, play our football and we will get the chances again,” he said.

“It’s the last game in front of our crowd for this season so hopefully we’ll win and all laugh together and see each other in the Champions League.”