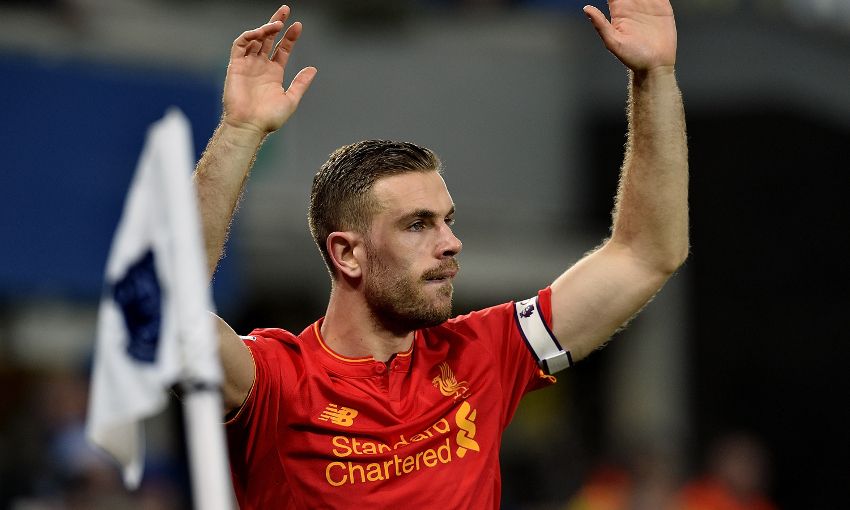 Jürgen Klopp has provided an update on the fitness of Jordan Henderson, with Liverpool continuing to take a patient approach to a potential comeback for the captain.

The midfielder has been sidelined for the past three months with a foot problem and last featured in the team when Tottenham Hotspur were beaten at Anfield on February 11.

On the possibility of Henderson not making a return before the end of the season, Klopp said: “It is too early to say.

“Next season is the latest moment, of course, but anything can happen. We stay positive because he is strong. The moment someone gives him the green light he will be back in a second because of his attitude and character.

“I am not thinking about the start of pre-season but that would be the latest moment he is back. We have not made a final judgment for this season.

“We don’t know if he will back tomorrow in training or next week but because it is Jordan and he has a really high fitness level, even if it is just swimming, we know we can think about him immediately when he is ready.”

Henderson was thriving in a redefined, deeper role in Klopp’s side in the opening half of the campaign as the Reds built up a challenge for Champions League qualification.

But the nature of his injury means the eagerness to see the Englishman return has been offset by the necessity to manage the rehabilitation carefully, according to the manager.

“This is the kind of issue where you have to wait,” he added.

“That is how the body is sometimes. Jordan can manage really well. It was the medical department that said he has to rest. We still have to wait, that is all.”