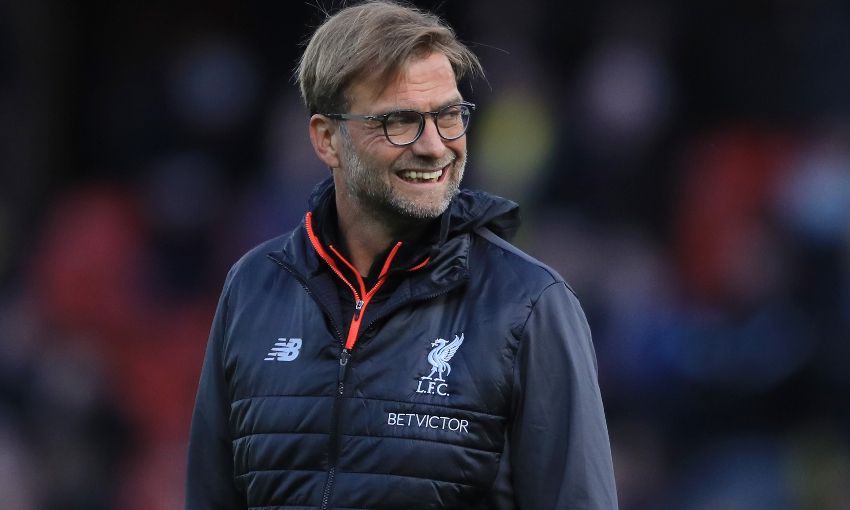 Liverpool will secure the Premier League place they deserve this month – and Jürgen Klopp loves the pressure of trying to ensure that is in the top four.

The Reds achieved a significant result in the battle for Champions League qualification on Monday night, overcoming Watford courtesy of Emre Can’s marvellous overhead kick in the final moments of the first half.

As they did at Stoke City and West Bromwich Albion in their previous two away games, Klopp’s men were made to fight hard for the privilege of claiming the points, and survived a late scare when Sebastian Prodl smacked a shot against the crossbar in stoppage-time.

The boss was determined to enjoy the feeling of victory after the final whistle, rather than immediately look ahead, and explained his philosophical – but fighting – approach to the Premier League run-in.

“We should start trying to think about things positively – the world is serious enough. We won, it was very important. We lost last week, it was not so nice.

“Now we play Southampton; does anybody think we already have the three points? It’s not like this. We have to work for it, that’s what we should do.

“This kind of pressure, I really love. To fight for something means you are in a good position.”