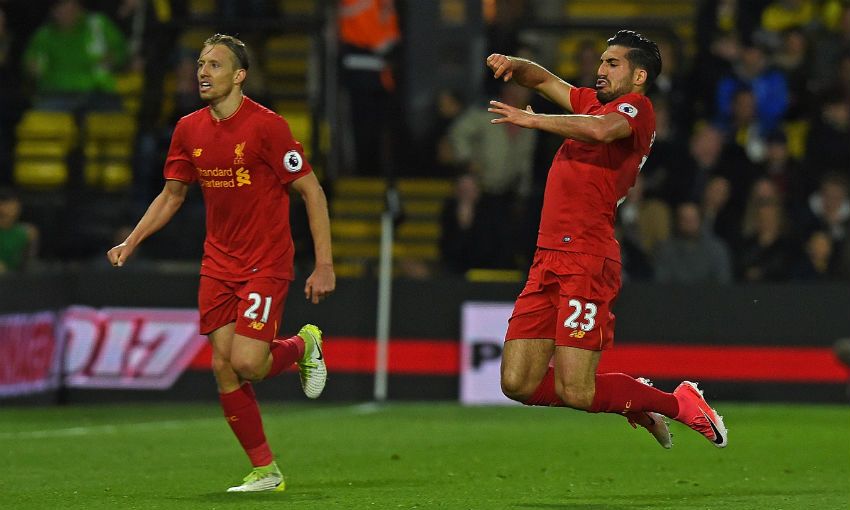 Liverpool secured a crucial three points in their pursuit of Champions League qualification thanks to Emre Can's breath-taking bicycle kick, which earned a 1-0 win at Watford.

A first half of few chances exploded into life in the minutes leading up to the interval.

First the returning Adam Lallana - on as an early substitute for the injured Philippe Coutinho - rattled the crossbar with a stunning left-footed volley from all of 25 yards before Can opened the scoring with a moment of brilliance in stoppage-time.

Liverpool controlled much of the second period, but Sebastian Prodl nearly snatched a point for Watford when he crashed an effort off the woodwork in the 94th minute.

However, Can’s strike proved enough to earn the Reds a vital victory in the race for a top-four finish.