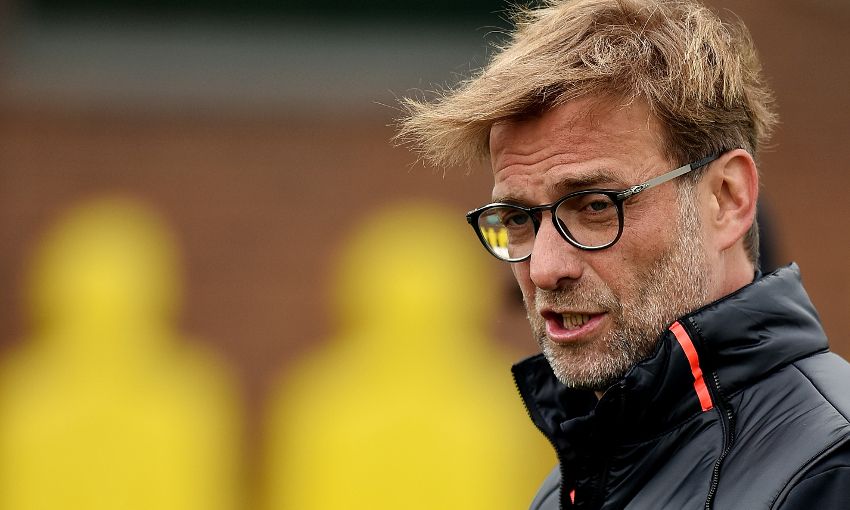 Jürgen Klopp feels Liverpool are likely to require at least three wins from their remaining four games to claim a top-four spot – but has warned against looking beyond the trip to Watford.

The Reds are locked in an intense battle for a Champions League qualification berth and greater pressure was added on them after the frustrating defeat at home to Crystal Palace last weekend.

Such is the congestion around Klopp’s side in the table, with Manchester City, Manchester United and Arsenal involved in the chase, a variety of permutations could pan out before the season finale on May 21.

The manager wants his team’s focus to stay solely on themselves, however, and believes it would be unhelpful at this time to consider anything other than the journey to Vicarage Road.

“One of the first things I learned in football is that it makes sense only to think about the next game,” said Klopp, ahead of Monday’s clash with Watford.

“It has absolutely no influence on the games after that, and you have no idea who you can use in the game after this. You have another four, five, six days to prepare for this game and think about this game. They are important, we know.

“If we win no games in the last four, it will be difficult to be in the Champions League. If we win one, it will be unlikely. If we win two, it’s not really likely.

“But if we start winning three, it can work. If we win four, I would say it’s more likely it will happen. So that’s how it is. We know all this. But the only way to do this is to win the next one, and that’s what we should try.”

Klopp has spoken repeatedly throughout the campaign about the importance of building a base that would leave Liverpool with objectives to fight for in the run-in.

That is certainly the case as they approach the final four matches and now the task at hand is to maximise the opportunity, according to the boss.

He continued: “I would say we have had a few important weeks and we are only in this position because we have been really serious in preparing for all the games. We didn’t win all of them, but we are in a good position and now that’s what we have to use.”

The German is hopeful of having Adam Lallana and Daniel Sturridge to call upon against the Hornets on Monday night, with both men back in training after respective thigh and hip injuries.

A shortage of options due to the ongoing absences of the likes of Jordan Henderson, Danny Ings and Sadio Mane meant a place on the bench for Academy striker Rhian Brewster last weekend.

And though Klopp has expressed his appreciation for the emerging 17-year-old, the manager is understandably buoyed by the prospect of taking a more experienced group to Watford.

“We are in the best situation squad-wise in the last two or three weeks, because Adam is back, Daniel looks like he could be back and that’s good. That’s better than the week before,” he said.

“That’s a new situation for us and now we can think about how we use this.

“We are prepared for these last four games, but if we only see it as pressure, then we should have lost a few more games before, because then we wouldn’t have pressure anymore, and we would fight for nothing.

“We are fighting for nearly the highest position in this league, and that’s good. That’s much better than last year. We want to show we are ready for it.”