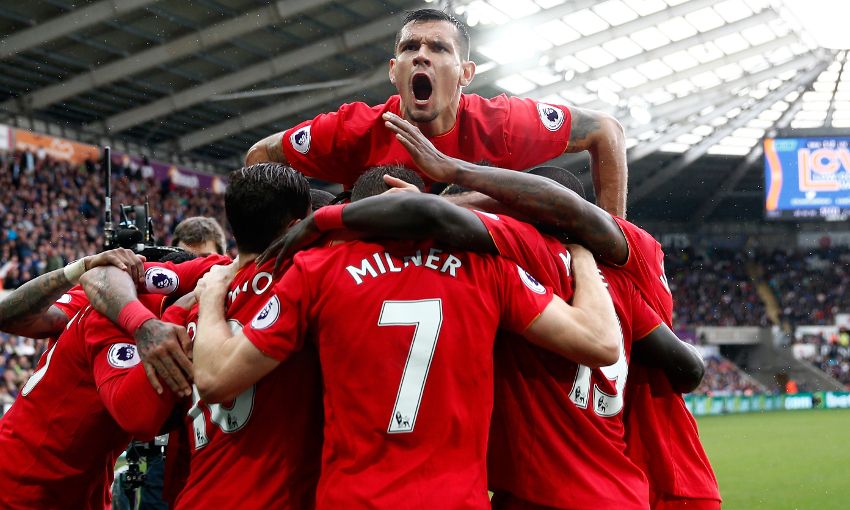 Dejan Lovren insists there is no shortage of motivation in the Liverpool dressing room ahead of the run-in, declaring: "It's the final four games for the Champions League."

The Reds travel to Watford on Monday evening targeting three Premier League points that could prove vital to their hopes of returning to Europe's top cup competition.

With Chelsea and Tottenham Hotspur some way ahead in first and second place respectively, Jürgen Klopp's team look to be embroiled in a four-way battle for the last two top-four places with Manchester City, Manchester United and Arsenal.

And Lovren says the focus and determination among his teammates is at optimum level as they look to put pressure on their rivals with a win at Vicarage Road.

He told Liverpoolfc.com: "We are focused on our style of the game – we want to attack, we want to score goals, we have something to reach for.

"Mentally, we have to be prepared for the game, even though it's not like playing Manchester City, where you will find motivation without any big reason.

"We have a big reason – it's the final four games for the Champions League."

Watford recently all but secured another season of top-flight football by reaching the 40-point mark that is considered a guarantee of safety from relegation.

Depending on who you might ask, that fact will result in either the Hornets taking their foot off the gas tomorrow evening or playing with the freedom of a side relieved of pressure.

For Lovren, though, the only important thing is how the Reds approach the game.

"It depends on us, I would say, not on them. We have something to play for, but not so much them," he added.

"For them, it is comfortable and they are safe, but we have something to reach for and this is the key point. We know what we need to do to grab a place in the Champions League.

"It is a must-win game. Of course, it will be difficult – they are in the middle of the table, have done quite well, have good players and don't have pressure.

"But sometimes with pressure it can maybe be better to play because you're more focused on the game."

The No.6's belief that Klopp's men will achieve their target has not wavered, either.

"I always believe. I believe in the team and I believe in every single person who believes in us," he continued. "This is the most important thing.

"I think we would deserve it at the end because of how well we've done for all of the season. I am pretty sure we will see each other in the Champions League."