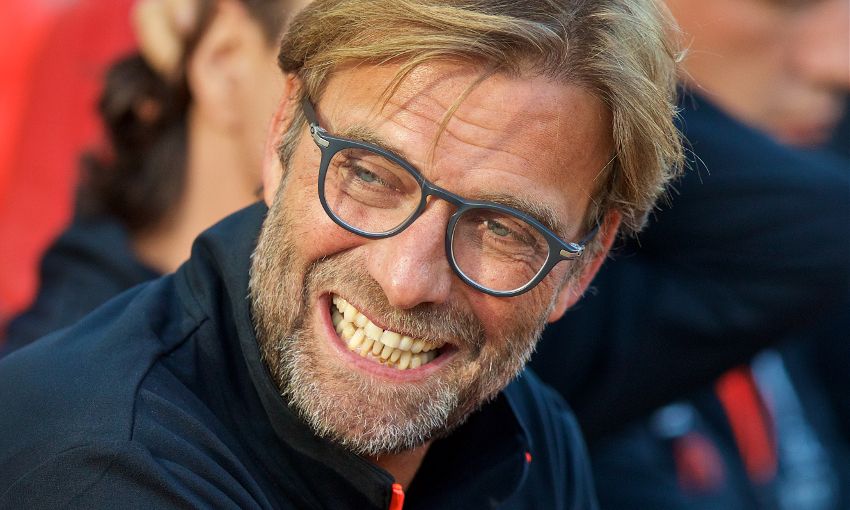 Jürgen Klopp and Steven Gerrard shared the same reaction to the suggestion of joining forces for Liverpool's post-season game in Sydney: 'Fantastic!'

The Reds travel out to Australia next month for a match against A-League side Sydney FC at ANZ Stadium on Wednesday May 24 – and the friendly is set to create a first in LFC history.

Jamie Carragher, Daniel Agger and Steve McManaman will also feature on the pitch for the first team as part of a unique concept inspired by the club’s upcoming 125th anniversary.

Gerrard’s response when asked to play in the game was as immediate as it was unequivocal, and Klopp cannot wait for the unexpected opportunity to manage the Reds icon.

“If somebody would have told me a few years ago that I would be the manager of Steven Gerrard, I would have said ‘Yes!’ It’s fantastic,” the boss told Liverpoolfc.com.

“The best thing you could have seen was the eyes of Stevie when I told him – or asked him, actually, what he would think about it. ‘You want me to play?!’ I thought I would have to convince him… he said ‘Yes, of course, when?’

“It’s really nice. He is a 100 per cent football player and of course a 100 per cent LFC player. He is really looking forward to it, and I think the same.

“It will not be the longest preparation [for Gerrard] for the game I’ve ever done, I would say; maybe I’ll use his experience, not give him too much wrong advice and let him enjoy the game!

“I’m really looking forward for my players to play again with him, and for the people to see him again in an LFC shirt. It’s a really nice thing.”

Carragher, Agger and McManaman – three men with a combined total of 1,333 Liverpool appearances between them – will be available for selection for the unique occasion in Sydney, too.

“I thought we have to show the whole LFC package – that means the actual squad and a few of our legends,” explained Klopp.

“They are still young enough and look good enough in the kit that we can show them. So, use the opportunity that we still have. It’s good for the players and I think the supporters will enjoy it.

“Usually you get a legends game where only legends are playing, or you see a testimonial or whatever, at different parts of the season: in the pre-season when you’re not 100 per cent fit because of hard training, or after the season, you’re already kind of done because it was a long season.

“So this combination, I thought, could be the most enjoyable game to watch for all of us. I’m looking forward to it, actually, because there will be a few fantastic players involved.

“I have a really good team but obviously a few other very good players played in the past for Liverpool, and to show them and their still existing connection to the club, I think that’s really nice.”

Tickets for game are on sale now at www.ticketek.com.au/lfc.