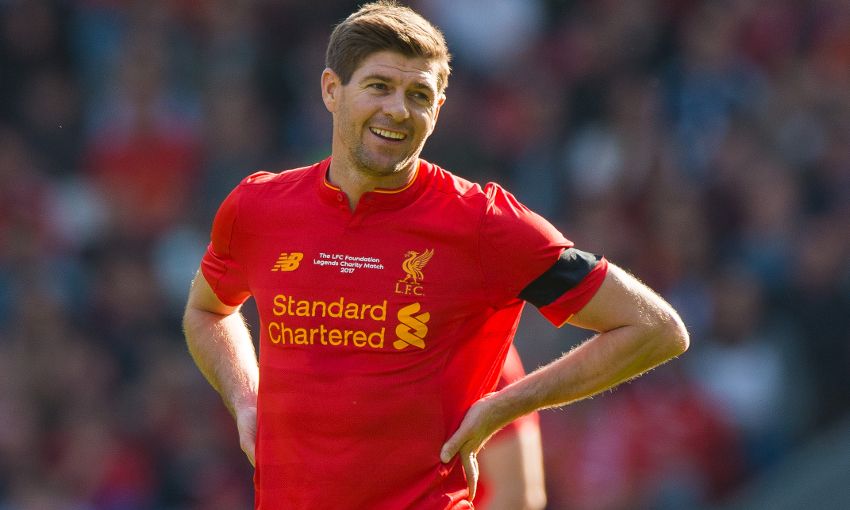 The chance to be part of a Liverpool side playing in Sydney under Jürgen Klopp was one Steven Gerrard was simply never going to pass up.

Exactly two years to the day of his 710th and final appearance for the Reds first team, the iconic midfielder and Academy coach will join the current squad for a post-season meeting with Sydney FC at ANZ Stadium on May 24.

Jamie Carragher, Daniel Agger and Steve McManaman will be alongside him, too, for a unique concept inspired by the club’s 125th anniversary in June.

Having previously experienced the passionate support for Liverpool in Australia – in particular, the 95,000-strong rendition of ‘You’ll Never Walk Alone’ in Melbourne in 2013 – Gerrard cannot wait to return.

“I’ve obviously been to Sydney before with the Legends and I’ve also been to Australia a couple of times with the first team. I’m really excited,” he told Liverpoolfc.com.

“Hopefully it’s a similar experience, where we get to play in front of those wonderful fans. I’m sure it’ll be a sell-out in the stadium again. I was absolutely delighted when I heard the news.

“I’m certainly looking forward to being available for selection for Jürgen. Hopefully I can get some minutes. I’ve been asked the question before and I absolutely would have loved to represent Jürgen Klopp during my Liverpool career.

“I think he’s a fantastic manager. I think we’re lucky and blessed to have him. I can’t wait for him to bring that bit of success back to the club. I’m very confident he can deliver that. We all love him to bits. You can see him taking the first team forward in big strides – we’re getting really, really close.”

When the match was announced earlier this month, Klopp spoke of the club’s responsibility to ensure supporters in the region feel close to the team despite the enormous geographical distance between them.

The trip will be the first undertaken to Australia by the senior side since the summer of 2015, when fans in Brisbane and Adelaide came out in their tens of thousands to see the players.

Gerrard was blown away by the turnout at Melbourne Cricket Ground in 2013 – and echoed the manager’s belief that these occasions serve as a ‘reward’ for local Reds.

“It was an absolutely incredible experience, and certainly a touching and emotional moment as well because I think it’s the most support I’ve played in front of.

“It’s almost like a reward for them and time to give something back to them. We know the support we get, not just from Australia but all around the world.

“Unfortunately, we can’t be in all those places at one time but I think the club have made a fantastic decision in rewarding the fans Down Under. I’m sure all the players are really looking forward to going out there. I can’t wait for it. The excitement levels are high.”

Tickets for the game are on sale now at www.ticketek.com.au/lfc.