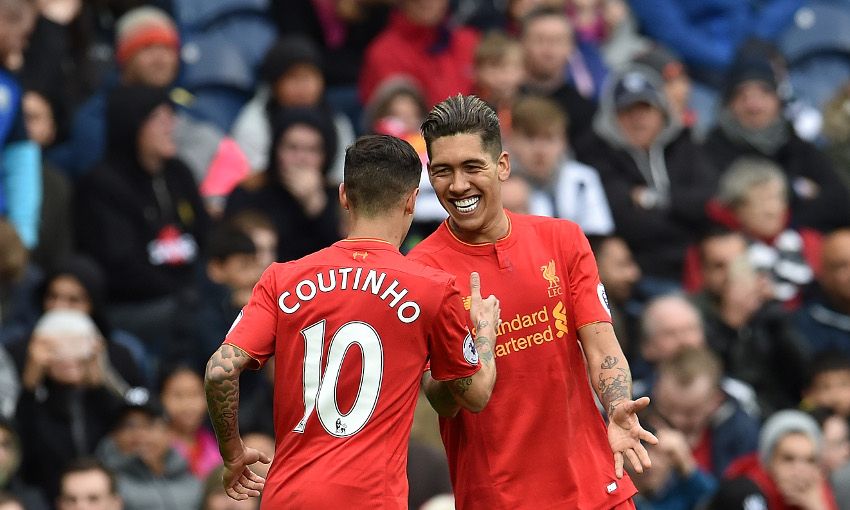 Photos: Joy for Liverpool at The Hawthorns

Firmino - back in the Reds’ starting line-up along with Philippe Coutinho - converted James Milner’s free-kick, via a flick-on from Lucas Leiva, in stoppage-time at the end of the first period to move Jürgen Klopp’s side back into third place in the standings.

The visitors had the better of the second half, too, but were unable to add to their advantage. Milner blazed over the crossbar from inside the box before Divock Origi saw a close-range header disallowed due to Firmino straying offside shortly after the hour.

Simon Mignolet denied Matt Phillips as West Brom broke away with 10 minutes to go, and Liverpool stood firm in the face of some late pressure to claim what could prove to be a vital three points in the race for Champions League qualification.

With Firmino and Coutinho deemed fit, Klopp recalled the Brazilian duo to his starting line-up along with their compatriot Lucas, who replaced the injured Ragnar Klavan.

After a cagey start to proceedings, Liverpool had the first meaningful attempt on goal with a quarter of an hour on the clock.

Coutinho seized on a loose Claudio Yacob pass in the centre-circle and fed Firmino in the inside-left channel, but the No.11’s low shot across Ben Foster went narrowly wide.

The game opened up thereafter, with Nacer Chadli missing his kick after a smart West Brom set-piece routine at one end and Coutinho sending an ambitious left-footed volley from Emre Can’s lofted ball off target at the other.

Firmino and Coutinho threatened again when the former stole the ball from Darren Fletcher and presented it to the latter, who attempted a trademark right-footed curler that cleared Foster’s bar.

Mignolet saved comfortably from Hal Robson-Kanu 10 minutes before half-time, and the Reds went in ahead at the break courtesy of Firmino’s 11th Premier League goal of the season.

Lucas did well to flick Milner’s free-kick on to the back post and Firmino nodded beyond Foster from close range after beating Craig Dawson to the ball. 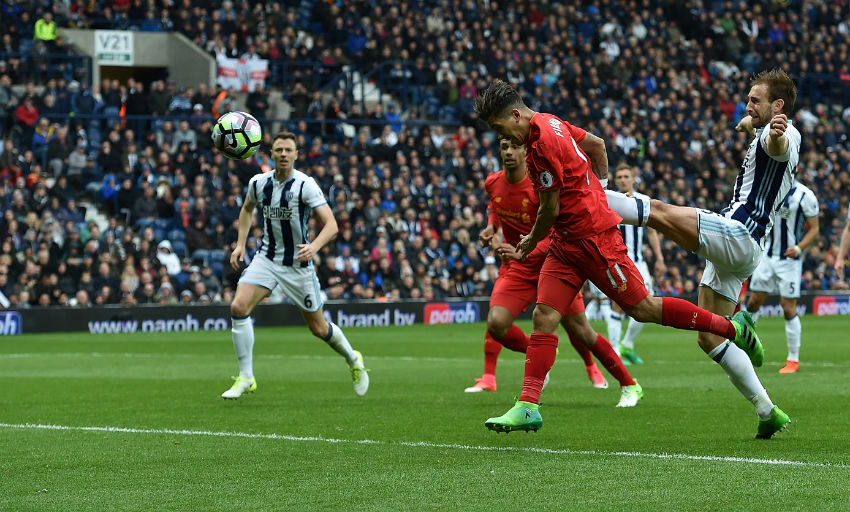 A positive opening to the second period from the visitors could, and perhaps should, have yielded a second goal in the 57th minute.

Georginio Wijnaldum played Firmino in down the right and the Brazilian stood an inch-perfect cross up for the onrushing Milner, who could only side-foot over the bar on the volley.

Origi had the ball in the net soon after, only for the assistant referee to adjudge Firmino to have been offside before squaring to the Belgian, and Joel Matip then nodded Milner’s free-kick wide as the Reds pressed to make it 2-0.

Mignolet, a virtual spectator for much of the second half, made a crucial late stop with his legs to deny Phillips on the counter-attack, and the Reds saw out the closing stages to retake third place in the table after substitute Alberto Moreno had shot wide with Foster out of his goal.