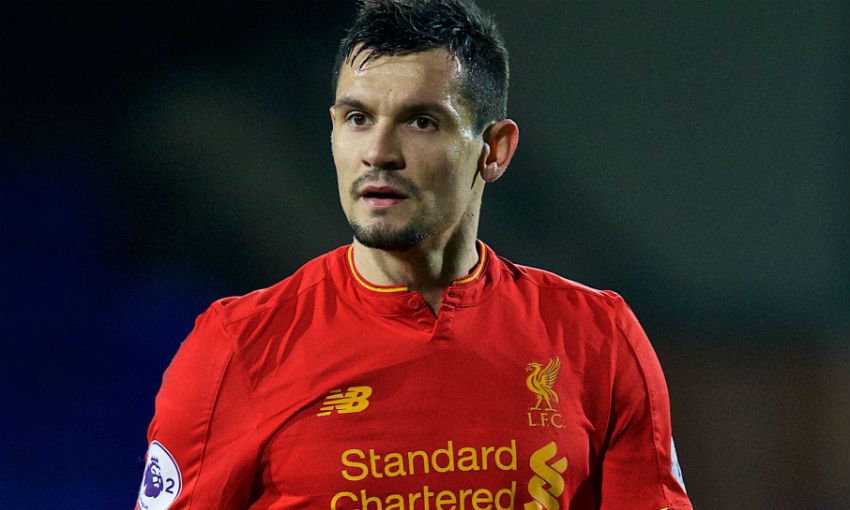 'He was a young kid who played with no fear'

Dejan Lovren has likened the significance of Liverpool's last six games of the season to finals - and the defender is determined to help the Reds consolidate their place in the Premier League's top four with a win at West Bromwich Albion this afternoon.

Jürgen Klopp’s side visit The Hawthorns in fourth place in the standings and, as the campaign enters its closing weeks, with their destiny in their own hands in terms of Champions League qualification.

And the manner in which they overcame the challenges posed by direct, physically-imposing opposition at the bet365 Stadium gives Lovren belief that they can do the same against Tony Pulis’ team.

“I think we saw it already last year against West Brom. We had difficulties against these teams that are similar, like Stoke and West Brom, so we know what we can expect and it’s a big game for us,” the No.6 told Liverpoolfc.com.

“All of these last six games are like finals for us, we need to take as many points as possible.

“Sometimes we’ve missed that in the first 10-15 minutes but then it’s too late, we are already one down, so we need to switch on straight away and to fight.

“We know what we’re fighting for - for second to fourth [in the table] and to take a place in the Champions League.”

No Premier League team has scored more goals from set-pieces this season than West Brom’s total of 18 - a statistic that, Lovren feels, proves Liverpool must be prepared to deal with their hosts’ expertise in that area of the game.

“I cannot tell you what we’ve been doing in training, but definitely when you know already how a team is going to play then you know what you can expect during the game. You need to be physically there and then to play football,” said the Croatia international.

The Reds have been hit with injuries to several key players in recent weeks, with Sadio Mane (knee), Jordan Henderson (foot) and Adam Lallana (thigh) all currently sidelined.

Nevertheless, Lovren is optimistic about the club’s chances of securing a top-four finish.

“I wish that we had all of our players available now because we need them more than ever, but we have a big squad, talented players, young players, who can come into the team and be ready to replace them,” he noted.

“These will be the six most important games of the season. We need to finish really well and hopefully we’ll see each other in the Champions League.

“I’m quite confident, you know, when you just focus on our team and our performances, that we can achieve what we want to.”

Lovren features in the latest episode of #LFCWORLD, which also includes captain Jordan Henderson revealing what life was like lining up alongside Luis Suarez in Teammates.

You can watch #LFCWORLD throughout the week on LFCTV or on demand on LFCTV GO.