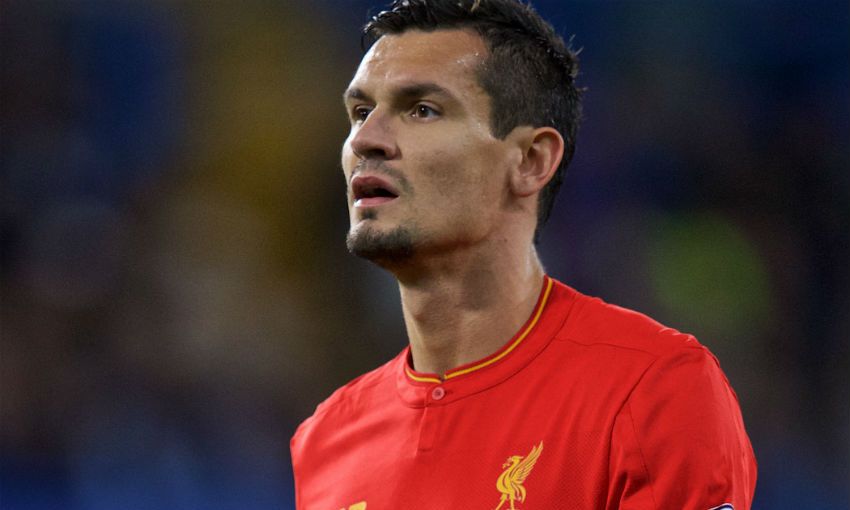 Dejan Lovren is confident that Liverpool's squad has the personnel and experience to execute Jürgen Klopp's game plan, regardless of whether the boss opts to field three or four at the back.

Alongside Joel Matip and Ragnar Klavan, Lovren played as one third of the Reds’ central-defensive backline at Stoke City last weekend - a match that saw the visitors recover from a goal down at the break to run out 2-1 winners.

Klopp admitted afterwards that his players hadn’t had sufficient time to work on that system ahead of the clash at the bet365 Stadium, which came just three days after the manager had switched to three at the back for the closing stages of his side’s 2-2 home draw with Bournemouth.

But while acknowledging that having the chance to hone the craft of playing in a different formation in training is important, Lovren believes there is enough adaptability among Klopp’s defensive options to carry out whatever instructions the German issues.

“Whether you have three or four at the back, in the end you’re still a defender!” the Croatia international told Liverpoolfc.com.

“But if you don’t understand well the situations [that come from playing three at the back], I think you also need to have the time to train on the pitch.

“I think we did it quite well against Stoke and not quite so well in the last five minutes against Bournemouth.

“But like I said, everyone knows what we need to do and I think we’re ready for everything.”

Having completed the full 90 minutes as part of a three-man centre-back line against Stoke, Lovren feels more comfortable with the possibility of playing in the same shape again at West Bromwich Albion on Sunday.

“Of course. Stoke is a similar team [to West Brom] with long balls, and we played the system quite well in the second half,” he said.

“I think it’s a perfect mix for us - [Joel] Matip in the middle, me on the right because I’m right-footed, and Raggy [Klavan] on the left because he’s left-footed. It’s quite a good mix.

“But also, if we change [formation], we know what we need to do. Again, the vital thing for us is to play football and hopefully we won’t be 1-0 down like against Stoke.

“We need to just believe in ourselves. This, I think, is the main thing - self-confidence for every one of us. We know that we can score always.”

Liverpool are yet to lose this season when both Lovren and Matip feature, with the comeback at Stoke extending that unbeaten record to 12 Premier League matches.

The Reds’ No.6 is enjoying playing alongside the summer signing, but admits to being frustrated at having been restricted to just a dozen outings with him.

“I wish we could’ve played even more games together, but unfortunately everyone’s had ups and downs - injuries, illness, other things - and it’s not the same when you change always your partners on the pitch,” Lovren added.

“But I think we’ve done quite well, not just me and Matip, but Raggy and Matip, and Lucas when he’s played as a defender - he gave the best in this position even if it’s not his natural position.

“But of course it’s good to have Matip at the back. He’s quite a self-confident player who’s really calm even when we are under pressure.”

You can hear more from Lovren in the latest episode of #LFCWORLD, which also features club captain Jordan Henderson revealing what life was like lining up alongside Luis Suarez in Teammates.

You can watch #LFCWORLD throughout the week on LFCTV or on demand on LFCTV GO.