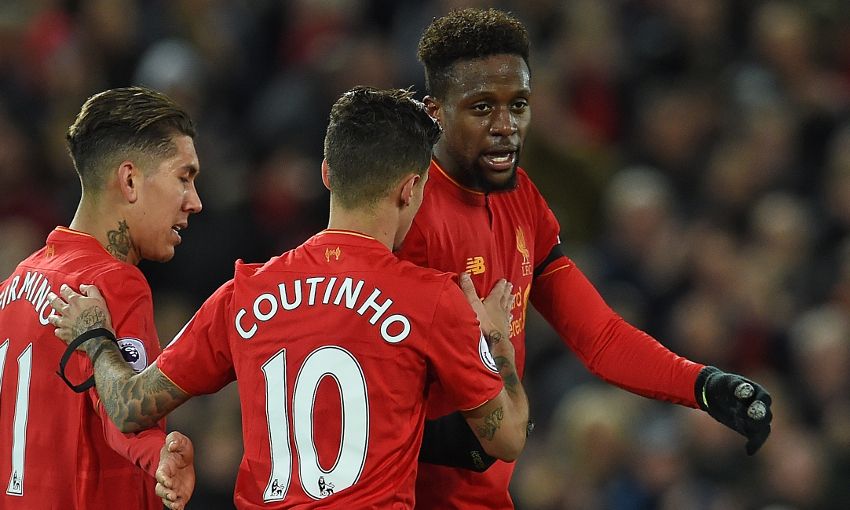 Divock Origi offered a measured reaction to Wednesday's 2-2 draw with Bournemouth, insisting Liverpool remain on track to achieve their objectives despite the disappointing nature of the result.

The Reds had bounced back from conceding early on to carve out a 2-1 lead over the Cherries through goals from Philippe Coutinho and Origi either side of half-time.

But, with three minutes of the 90 remaining, Joshua King was allowed to turn inside the box and fire home, earning a share of the spoils for Eddie Howe's team.

Origi admitted to feeling downbeat when reflecting on events at Anfield, but called for focus to quickly turn to the tests that lie ahead in the battle for Champions League qualification.

He told Liverpoolfc.com: "It was disappointing, we wanted to win this game.

"We have to sit down and see what went wrong and what was good and move forward, because there are still a lot of points to play for.

"If you look at the game, we put a lot of energy in, a lot of work, and we created a lot of chances. But the details count at this level.

"The situation is not dramatic, we still have a lot to play for and we took a point.

"We just have to stay strong and in a couple of days we have Stoke, a very important game, and football [moves] quick. So let's try and go and win this game."

Yesterday's draw with Bournemouth ensured Liverpool remain in third place in the Premier League, with Manchester City, Arsenal and Manchester United all in close pursuit.

Origi acknowledged that there are plenty of twists and turns to come ahead of the top four being confirmed in May but promised that he and his teammates will do all they can to secure their place.

"We knew that the race would be tight but, as you've seen, other teams that go for the top four can drop points as well," he added.

"I felt disappointment because we are Liverpool, we want to win every game, but we know that we still have a lot to play for.

"So, in the end, we all know that we have one goal. We have to move forward and make sure that the things that went less [well] don't happen again and just try and take as many points as possible."

The Belgian went on to express delight over getting on the scoresheet once more - though he would, of course, have rather netted in a Reds victory.

He said: "I'm always happy to score and play. I think the more I play, the more I can express myself, the more I feel better.

"I'm a player who plays on intuition, tries to enjoy the game and be dangerous in front of the goal.