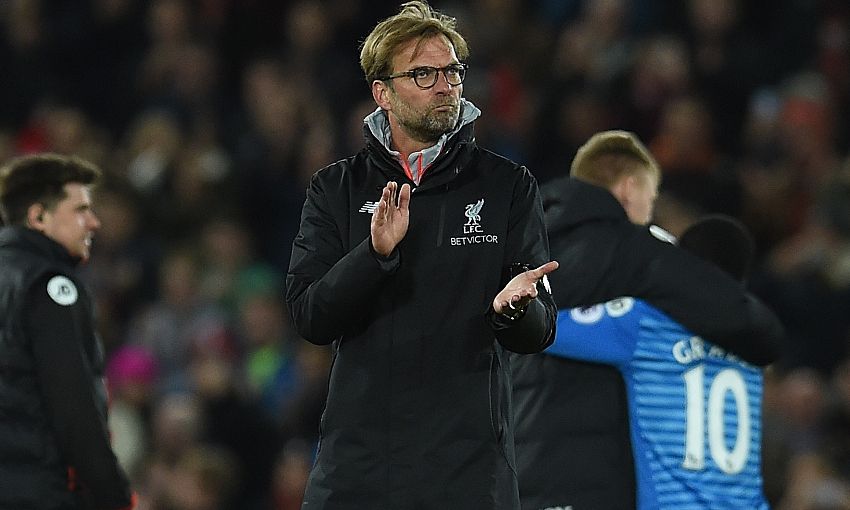 Jürgen Klopp admitted Liverpool must learn from the costly closing moments of their 2-2 draw with Bournemouth on Wednesday night.

The Reds had recovered from an early Benik Afobe opener to claim an advantage at Anfield through strikes from Philippe Coutinho and Divock Origi.

But they were denied a Premier League victory by Joshua King, who finished off a scramble inside the penalty area with a shot beyond Simon Mignolet on 87 minutes.

Here is Klopp’s verdict on the match…

On his assessment of the game…

The start was not good; not only the goal we conceded, I think it was the third or fourth pass which we played because we were a little bit late in mind. We were not really concentrated. Simon had this little dribbling, Ragnar had this, Gini then played this pass. So, three or four situations before where we were not really spot-on and it makes no sense. When you start like this, it makes the game not easier, it makes it more difficult, and you could feel the atmosphere in the stadium was then kind of nervous. The noise was not very optimistic, I would say, with each backpass we played. But in a situation like this you need to stay patient, you need to stay calm and play football. There were still a few situations when it looked a little bit stiff and this stuff, but then we scored the goal and that was fantastic, a fantastic moment. We could go in at half-time and start the game new in the second half, which we did.

We played much better second half, we used the wings better, we played simpler in many situations, we played clearer from behind – in the run of the full-backs, for example. So how we created the second goal was a nice pass from Ragnar to Millie; Millie plays it pretty simple to Phil; Phil very nice to Gini in the box; Gini makes this wonderful move, cross, goal. We could have scored the third probably – we had the chances, we had the counter attacks. But then we had to change Phil because he felt sick at half-time. He vomited. He said he feels better now – that’s good – but it was clear when he gave the sign then we had to change. It’s no joy when you have to take off the best player in this moment on the pitch, because he played really well.

The decision was then to organise a little bit differently, three at the back plus the two in front with Lucas and Emre to still give the full-backs the opportunity to use the space on the wings. Against a 4-4-2 system that makes absolute sense. We had the moments and we scored a wonderful goal, and usually you could close the game in one moment. We didn’t, we left it open. And then a second ball after a set-piece and that made me nearly vomit, actually. That’s, of course, not nice. But we have to take it. It’s my responsibility, all of this. I have to be clearer in these situations, obviously. But I will find a solution for this. We had the chance again, because our set-pieces tonight, I actually thought they were really good. It was close with Dejan first half, Divock first half, Divock second half and maybe the biggest one with Ragnar in the last minute pretty much.

When the game starts like this it’s pretty unlikely that it will be a perfect game at the end. It’s of course possible that with the result, with three points, we would feel completely different but it would have been pretty much the same game. That’s obviously how we have to see it. We have to get fresh legs, recovery and go to Stoke. I gave a few interviews already, and now the press conference, and it already feels different. It should be disappointing – that’s really important. But tomorrow we have to take it like it is, one point more than before. It’s not what we wanted but could have been worse, actually. That’s it. We all know we lost games like this already in the season and tonight we didn’t. Maybe we can take this as a positive and then drive to Stoke and try to do better. 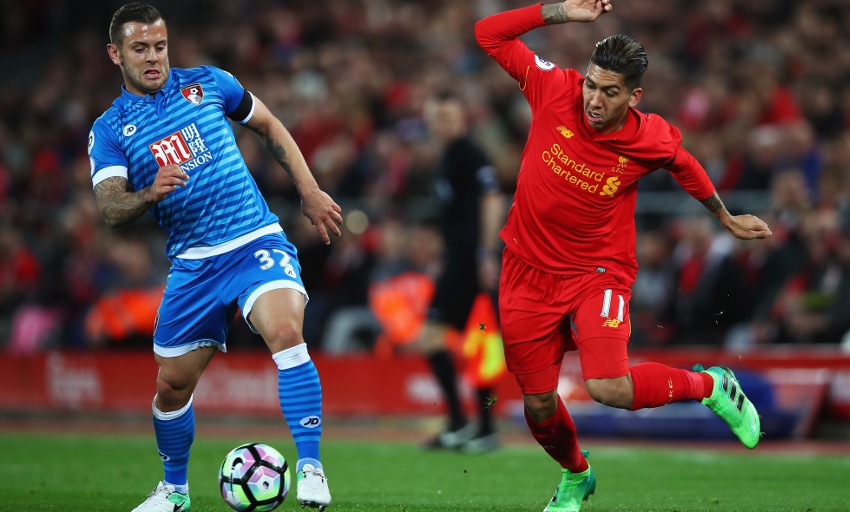 We have to learn a lot. We had a few passes that we should not play. Nothing happened after these passes, but when we tried to play long balls, changing sides with wonderful long balls, it made no sense because the ball feels like it’s five minutes in the air until it gets there. The formation of the opponent is there too. It makes sense to switch the side [of play], but not in these moments. We could have let them run.

Probably Chelsea, for example, the opponent would not have the ball three times in the last 20 minutes, I think. Yes, we don’t have this experience, that’s right, probably you need things like tonight to get more experience than this, even though [the result] was not that good. On the other hand, we’ve probably still scored the most goals in the Premier League so far, so it’s part of the game that we try to create moments all the time. We have to get more experience in this, for sure.

We chose the system because there were not 20 options, so when we took Phil off on 60-something minutes, it was too early for Daniel [Sturridge] in this intense game. If we [were to] take Phil off and bring another striker on, Div did really well in the centre so changing that I thought would not help in this moment. We are usually really brave in situations like this when we really try to win and that’s what we did – we only tried to win. We only thought it made sense to give one more defensive protection in the centre, but we still had a little bit more freedom for the wings – for Clyney and Millie – because against this system we played against today, that’s how you bring them in and force them to move – and when they move you can play through the half-space. That’s how we actually scored the second goal. That was the plan behind it and nothing else.

On why he takes responsibility…

On how close Matip was to starting…

Maybe, I don’t know, it was back problems. I can explain exactly how it was. He came on the pitch this morning when we had a little, little, little session [and] it looked good and then he had to fix his boots and it didn’t look good. Obviously, you can find somebody in the game who can fix your boots, but I thought that’s not 100 per cent and this game is 100 per cent. We brought him on because he was warming up and we asked again and it was then better. Probably he could have played 90 minutes, I’m not sure.