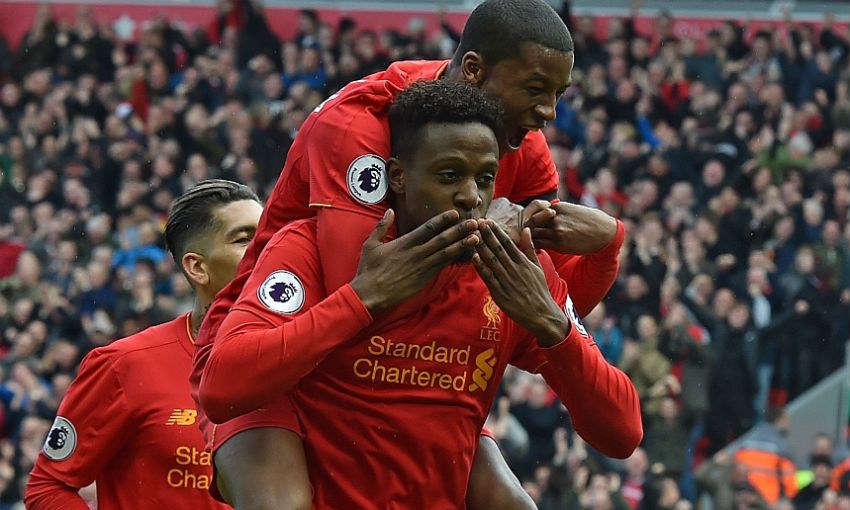 Origi took just three minutes to find the net after being introduced for the injured Sadio Mane early in the second half at Anfield on Saturday.

The Belgian's strike, which saw him cut inside from the left and finish powerfully at the Kop end, ensured the Reds earned a deserved three points that lifted them into third place in the Premier League.

And, with just eight games remaining before the end of the season, Origi is eager for the team to build on their second derby win of the campaign and claim a top-four finish.

“I’m very happy. I think they’re always special games - from the moment I came to Liverpool I felt the gravity of this game and to be able to help the team win is important,” the No.27 told Liverpoolfc.com.

“Also, for the end of the season, it’s a very important win.

“It’s never easy [after an international break] because you go away with other circumstances, other teams, and then you have to come back and regroup.

“We had one good day to prepare with some players flying in from Brazil and other places, and I think we handled it well. I think this is a good start to get the Champions League ticket.”

Bournemouth visit Anfield on Wednesday and Origi is confident about the Reds’ chances of ending the campaign strongly.

“We have to try to take maximum points and I think we have all the tools to do this,” he said.

“Everybody’s very hungry and we have one goal in common, and that’s to finish in the highest spot possible in the league. We’re on a good way and we have to continue.”

Origi also outlined his eagerness to play his part in the run-in as Liverpool strive to retain their place in the top four.

“I always said I want to be a top striker for this team and I feel that I can be, so I think I’m willing to prove on the pitch that I’m not an option for the future, but an option for today,” he added.

“The team comes first and I’m very happy to help the team and the supporters and the club, of course.”