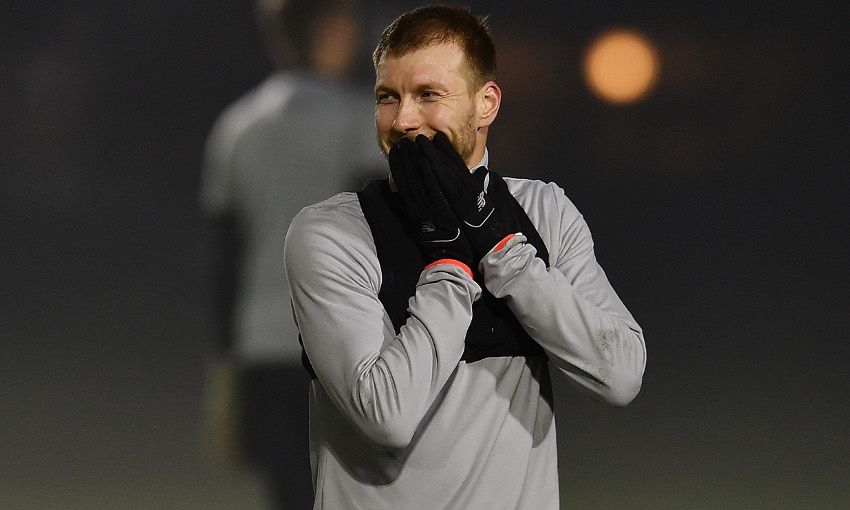 Ragnar Klavan heads out for international duty this week taking the selfless mindset that has served him so well at Anfield thus far this season with him.

As per usual, the defender has been named in the latest Estonia squad, and will hope to help his country to victory over Cyprus in the sides’ 2018 World Cup qualification clash on Saturday.

Should Klavan play in that fixture, he will pick up his 117th international cap, and close in further on fifth-placed Mart Poom in terms of record appearances for the Baltic nation.

But, somewhat surprisingly, the thought of surpassing the now-retired Martin Reim, who sits atop the list with 157 caps, does not appeal to the Reds centre-back.

And his explanation tells you everything you need to know about the man.

When asked if he would like to claim the record, Klavan told Premier League Productions: “In a perfect world, no, because I’m hoping that in our national team - I’m 31 now - there will come a time that they’ll push me out, that I’m going to get in the way.

“Hopefully the younger players will see this as extra motivation to kick me out!”

Klavan’s willingness to put his own interests to one side has been regularly evidenced throughout his debut campaign at Anfield.

For the most part, the Estonian has played a supporting role to fellow central defenders Joel Matip and Dejan Lovren this term, but he has proven himself a more-than-reliable back-up whenever called upon.

Injuries and a packed winter schedule have resulted in the 31-year-old making 20 appearances in all competitions so far, and he hopes to play just as big a part next season – with Champions League football added to the mix, ideally.

Setting out his aims for his second campaign with the Reds, Klavan said: “As a player for this club, you want to play Champions League.

“For me as well, I want to be important for this club and whatever the role is going to be I’m always going to be there for this team.

“Whenever it’s needed, I’m going to be there and this is how it is.