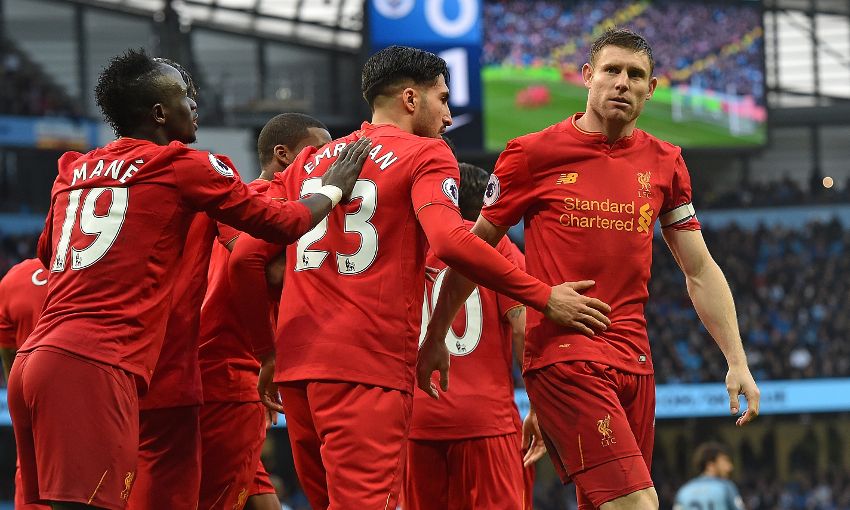 James Milner called for a 'big push' to finish the season after Liverpool took a point from an exhilarating clash with Manchester City on Sunday.

The No.7 opened the scoring at the Etihad Stadium from the penalty spot – the 50th league goal of his career coming at the home of his former club.

But the Reds were pegged back by a Sergio Aguero equaliser, before both teams created – and squandered – a number of chances in the time remaining.

Milner considered the result ‘fair’ and immediately turned his focus to the run-in and the challenge to secure a place in the Premier League top four.

“It was very intense,” he told Sky Sports after the final whistle. “Both teams went for it and I’m sure it was a good game for the neutral to watch.

“A point is OK, and definitely more positive than a defeat going into the international break. It’s about the momentum that we’ve built up.

“It’s always tough going into the international break when you’ve got 10 days or two weeks to think about the last result. We’ve played well recently. We need to keep going and keep improving. Nine games left now, so it’s a big push for the finish and to finish as strongly as we can.”