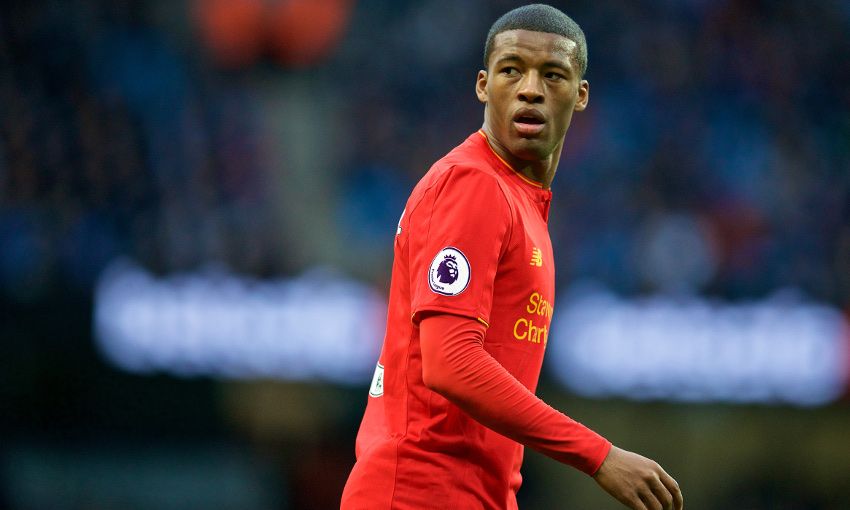 An honest Georginio Wijnaldum declared yesterday's 1-1 draw with Manchester City 'a fair result', despite admitting to feeling a degree of disappointment over Liverpool's failure to claim all three points.

A thrilling game at the Etihad Stadium ended honours even after Sergio Aguero's 69th-minute strike cancelled out James Milner's opener from the penalty spot.

Both sides had glorious chances to win it, with Adam Lallana and Aguero both missing from close range, but Wijnaldum insisted there were plenty of positives for the Reds to take from the 90 minutes.

“I'm a little disappointed but not a lot because if you look at the game fairly you can see at the end they could have scored two goals,” the Dutchman told Liverpoolfc.com.

“Before we conceded a goal we had a chance to make it 2-0 and we had a few chances but didn't take them.

“At 1-1 we had the big chance with Adam Lallana but we didn't take it, so that's what makes me a little bit disappointed but I think it's a fair result.”

After the upcoming international break, Jürgen Klopp’s charges will resume their Premier League campaign against Merseyside rivals Everton on April 1.

On the evidence of their performance at the Etihad, Wijnaldum believes the Reds are well placed to enjoy a strong end to the season as they bid for a top-four finish.

He added: “We must make sure we try not to lose games because in football you never know what can happen as everything can happen during a game.

“If you play like we did today - and you could see the passion in the team - then it's difficult to beat us and that's what we must do every game.”