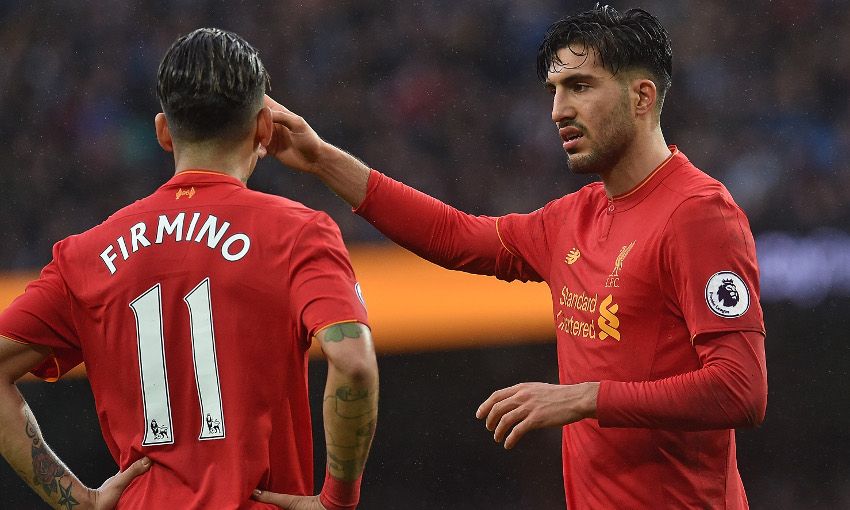 Emre Can has insisted neither Liverpool or Manchester City can have any qualms about sharing out the points from a thrilling 1-1 draw in the Premier League on Sunday.

After a cagey first half at the Etihad Stadium, the game descended into a ding-dong battle in the second period, with both sides grabbing a goal before carving out a number of potentially match-winning chances.

Despite raining in 13 shots apiece in total, though, neither team could find the breakthrough, as they were forced to settle for a draw.

Reflecting on that fact, Can told Liverpoolfc.com: "It was an open game and both sides had big chances, [so] I think nobody can complain about 1-1.

Can was one of the visitors' standout performers, with his efforts in screening the back four providing the platform for a strong Reds showing.

He added: "Every game is always intense but today maybe it was a little bit more intense because Man City are a team who want to play and they did it very well.

"Of course, if you play in front of the back four, then you have to run a lot.

"I tried to help my team today; it was an intense game but that's football, we are young!"

LFCTV GO: Emre Can reflects on a point at the Etihad

Liverpool opened the scoring from the penalty spot as their captain on the day James Milner fired in his seventh spot-kick of the season.

As far as Can is concerned, the No.7 is unrivalled from 12 yards out - but that wasn't the only aspect of his colleague's performance that impressed him.

"I [have] never seen a player like Millie who scores penalties," he explained.

"He's incredible in training sessions, every ball is hard in the corner, he shoots penalties very well.

"In the game, he played very well, and it wasn't an easy game for him against Raheem [Sterling].

"He's quick and it's very difficult to play against him. I'm very happy that he scored again."

Next up for Jürgen Klopp's team is an Anfield meeting with Merseyside rivals Everton that follows the international break.

Can can't wait to take on the Toffees and said: "Another big, big game, and of course we want to win that game.

"It's a special game for Liverpool, for the supporters, for us, and it will be a big, big fight.

"Everton have done [well] in the last few games but we have done good as well - it will be an interesting game."