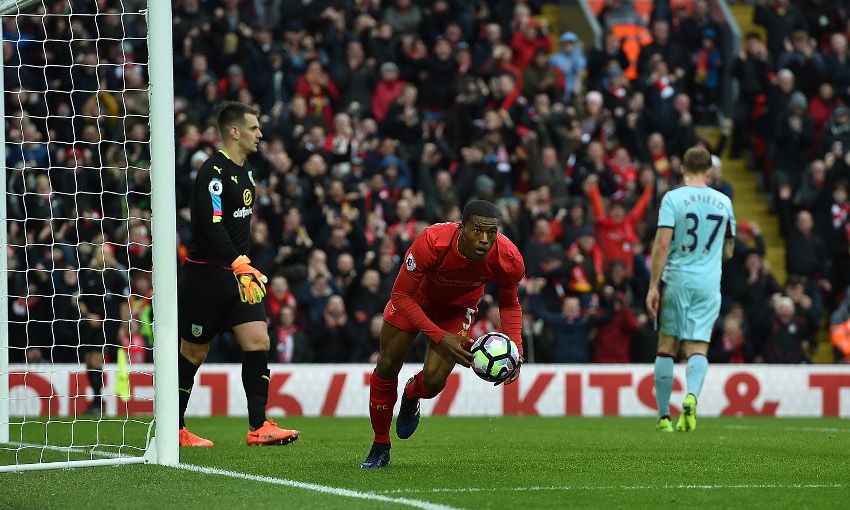 Didi Hamann believes Gini Wijnaldum provides a goal threat from midfield that Liverpool have lacked since the departure of Steven Gerrard.

And the German has lavished praise upon the No.5 for contributing plenty more to Jürgen Klopp's team beyond just finding the back of the net.

Wijnaldum, a summer signing from Newcastle United, notched for the fifth time this season as the Reds came from behind to beat Burnley 2-1 at Anfield on Sunday.

Since opening his account in a 6-1 thrashing of Watford, the Dutchman has made a habit of scoring in big games - as Manchester City, Chelsea and Arsenal can attest.

But his quality in possession and doggedness out of it have also caught Hamann's eye, and he expects his fellow midfielder to keep improving as well.

"I like him a lot. He showed at Newcastle that he's a goalscoring midfielder and I think he brings a lot more to the team," he told Liverpoolfc.com.

"He's got a lot of energy, he can win a ball, I think he's got very good vision, he's a good passer of the ball.

"So I think his all-round game is very good, and obviously the goals [are] the icing on the cake.

"Since Gerrard left, we lacked goals sometimes from midfield. The more players scoring goals, the more it takes pressure off the front three - they can't always do it on their own.