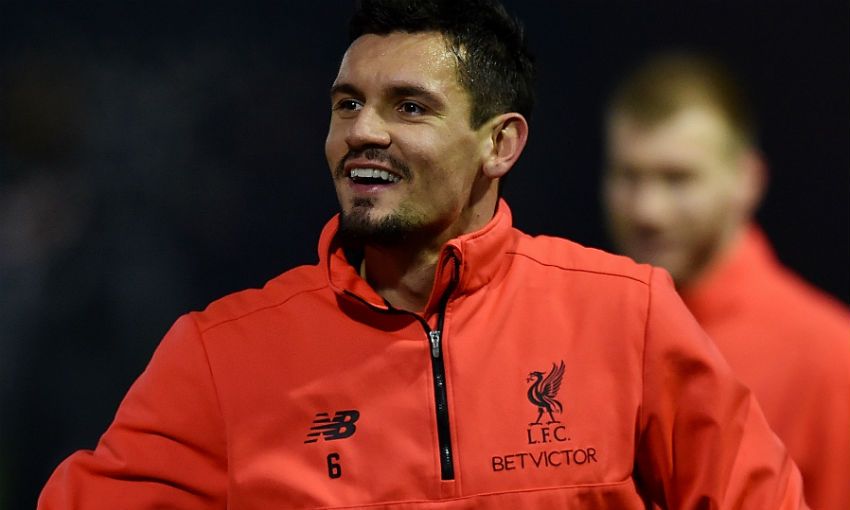 Dejan Lovren is fit enough to start for Liverpool against Burnley, but Jürgen Klopp has not yet made a decision on who will be his centre-back pairing on Sunday.

A knee injury has forced Lovren to miss the Reds’ last four matches, although the defender was an unused substitute during last weekend’s 3-1 victory over Arsenal.

Klopp has been unable to partner Lovren with Joel Matip at the heart of his backline since the 1-1 draw with Chelsea on January 31, leading to the manager being asked whether that was a source of frustration for him during his pre-Burnley press conference this afternoon.

However, while Klopp acknowledged that consistency in selection at centre-back can be beneficial, there is no guarantee that the Croatia international will return to his starting XI when the Clarets visit Anfield.

“As a manager there is no time to be frustrated because always you have to take what you get,” the boss explained.

“That means if somebody tells me a player is injured I have no time to think ‘oh my God, again?’ and all that stuff. It’s very rare that I can do this - [instead] it’s like ‘OK, so let’s find a solution’, you always have to think. So I was not frustrated.

“Would it have been good or better if we could have played them more often? Different. I think Ragnar [Klavan] had wonderful games for us, especially the last one was a really good one, so there is no decision made about who will start in the game [on Sunday].

“Joel struggled with the injury, Raggy was ill for quite a long time, now Dejan. Yes, he’s back in training so we will see what he can do.

“Consistency in your line-up is always good, as often as you can play together, that’s only good for the team because the things you learn from each other, about each other, in the game, how you’re moving, what’s your strengths…without knowing about it, just feeling it as a centre-half couple - that’s pretty important.

“But we had a situation like it was and so I think we made the best of it. Now in this moment they are all fit so now I have the choice and I will use this opportunity.”