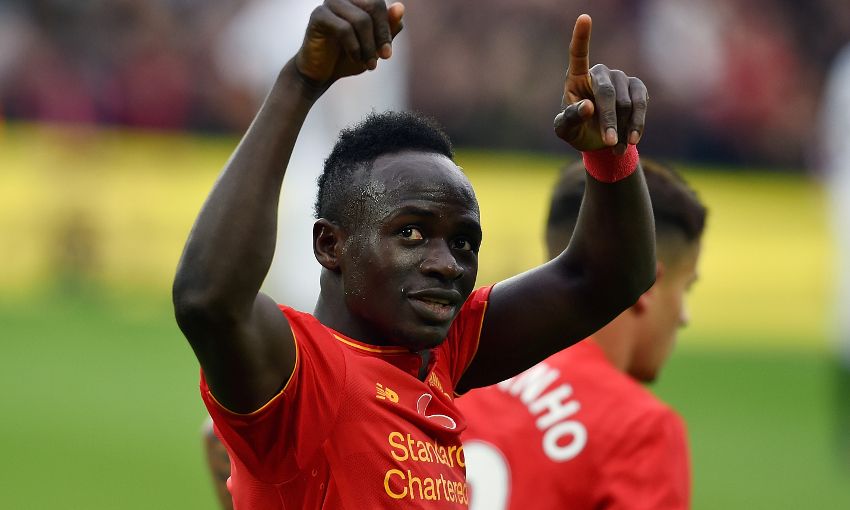 Liverpool must beat Burnley this Sunday to prove they are fully back to form in time for the Premier League run-in, according to Sadio Mane.

The Senegal forward made one goal and scored another as the Reds defeated Arsenal at Anfield last weekend and, in doing so, returned to the top four.

Their similarly strong showing against Tottenham Hotspur at home in February had previously suggested Jürgen Klopp’s side were ready to embark on a run that would help to achieve the objective of Champions League qualification this season.

A below-par display at Leicester City followed that particular high, however, and Mane is in no mood to make the same mistake when the Clarets come to town.

“It’s another important game,” the No.19 told Liverpoolfc.com.

“Now we have to prove we are back on track and back in the winning way, and that we have a great team and great players. We have to give everything.

“It’s one of the [most] important games of the season. If we want to be in the top four we have to win, starting Sunday, and make our special fans proud.”

The blueprint for Liverpool is certainly the aforementioned successes over Spurs and the Gunners.

Fluid, fast football from the very beginning had the visitors two goals behind by half-time in each of those cases – and Mane feels adventurous, fearless play can be the correct approach again tomorrow.

“We are a team who takes risks,” he said. “It’s not to say we can’t take risks; if you want to win, you have to do that. We’re looking forward to the game and we’re ready.

“Burnley are a good team. We’re going to try to take it like we did against Tottenham at home and Arsenal at home. We’ll do everything to win the game, because it’s very important.”

The Reds sustained their first loss of 2016-17 at Burnley back in August, on an afternoon when Klopp’s men were unable to translate possession into points.

For their part, Sean Dyche’s team have yet to reproduce a stellar home record on the road, failing to win any of their away fixtures in the Premier League so far this term.

Mane puts little stock in such statistics, though.

“We’re just looking at ourselves, not what they did or what we did in the past,” added the 24-year-old, Liverpool’s leading scorer with 12 goals to date this season.

“It’s not important anymore. What is important is to have big motivation. Now, our confidence is back and we’re just looking forward to giving our best.”