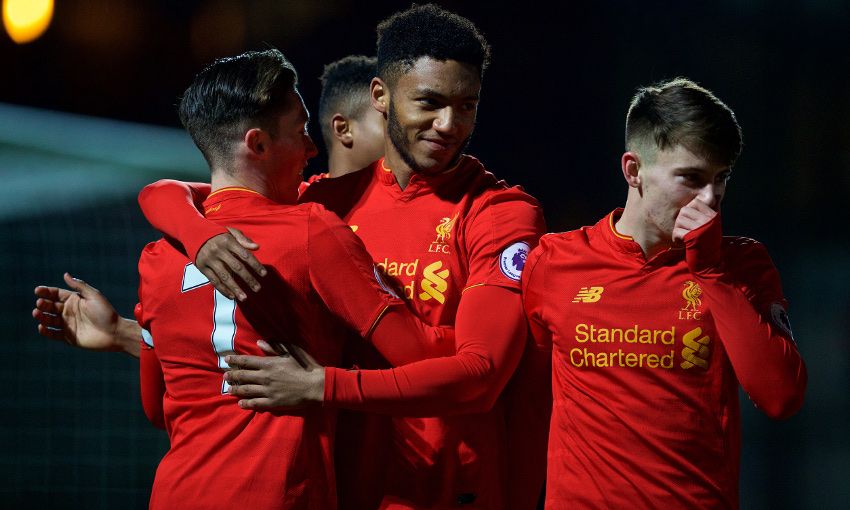 Trent Alexander-Arnold believes Joe Gomez is improving with every game he plays for Liverpool U23s as he aims to put his 15-month injury nightmare firmly behind him.

The centre-back featured for Mike Garrity's side again on Monday evening, getting another important 90 minutes under his belt and even scoring the opening goal as Reading were beaten 5-1.

And Trent, who also helped the Reds to victory at Adams Park, expects his fellow defender to benefit from another run-out at Academy level.

"It's been quite a tough year for him but he's back now and he's looking strong and fit," the young Scouser told Liverpoolfc.com.

"He's getting better every game and you can see that with his performances and he capped it off with a goal [tonight]."

Gomez and Alexander-Arnold were joined in last night's starting XI by six other players with senior experience to their name - including the fit-again Marko Grujic.

The No.66 knows exactly what is expected when those players who are regularly involed with the first team are required to feature at U23 level.

He added: "It's about keeping your fitness up and trying to show the manager and everyone what you can do and why you're involved with the first team.

Alexander-Arnold also had kind words for fellow Academy hopeful Rhian Brewster, 16, who underlined his potential with a brace of goals against the Royals.

He continued: "There's a lot of talent coming through at the Academy and every year it seems to be younger and younger teams coming through, that can only be a good thing.

"He's doing everyone at the Academy proud."