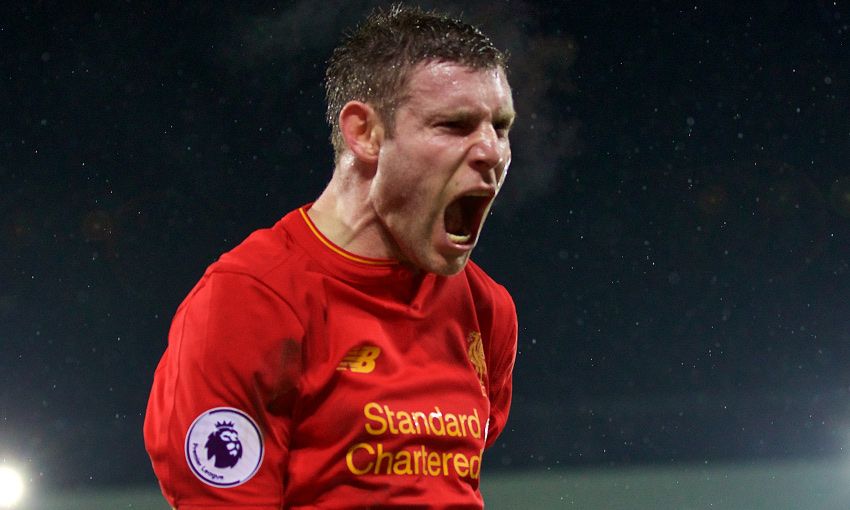 James Milner hailed a 'brilliant' performance from Liverpool after Saturday's 3-1 win over Arsenal at Anfield.

But the No.7 admitted that he could not shake a feeling of regret over the Reds' failure to produce a similar display against Leicester City earlier this week.

Jürgen Klopp's team exorcised the ghosts of Monday's defeat at the hands of the Foxes as Roberto Firmino and Sadio Mane struck in the first half, and Georginio Wijnaldum calmed the hosts' nerves in injury time.

However, speaking after the match, Milner refused to get carried away, insisting he will only be truly happy when he and his teammates can hit such heights with greater regularity.

"[It was] very pleasing but also disappointing on the other hand because of the other night, not being able to do that consistently," he told Liverpoolfc.com.

"We all know how good we are but we have to do it on a more consistent basis.

"We just need to keep building on that and keep improving but the way we played against a very strong team and dominated, especially the first half, was brilliant and shows how good we are.

"We just need to keep going on that note."

When asked to identify the differences between the games at the King Power Stadium and Anfield, Milner added: "It was obviously a better performance [against Arsenal].

"First half, I thought we played very well with and without the ball, could've scored a few more goals.

"[We were] pretty solid second half [but] they came into it a lot more, they're a good team.

"We started pretty slowly first 20 [of the second half] but showed great resilience and it was nice to get that goal [through Wijnaldum] at the end."

Liverpool leapfrogged Arsenal to move back into the Premier League top four as a result of their victory, but Milner has no time for looking at the table just yet.

"Leave it down to everyone else to talk about the top four and the table and we just take it a game at a time and keep working on what we're working on," he explained.

"We go out to win every game and we know how good we are and we can win every game but ultimately we want to get better as a side and keep improving, that's the aim for us.

Watch extended highlights of the win over Arsenal