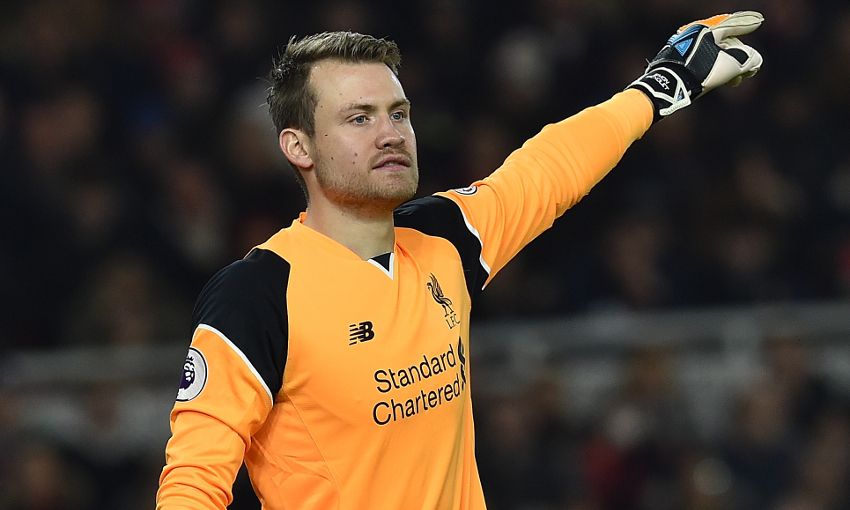 Recent history suggests supporters can expect plenty of goals when Liverpool take on Arsenal this evening – but Simon Mignolet admits he'd settle for a lot less excitement if it meant the three points went to Jürgen Klopp's side.

The teams have shared 16 strikes between them in their last three meetings alone at Anfield, and began this season with a seven-goal thriller at Emirates Stadium on the Premier League’s opening weekend.

Mignolet believes the attacking manner in which the rivals approach games is the reason for the high-scoring contests, but he’d happily take a 1-0 win for the Reds in a low-key affair if offered.

“Then, you’re always going to get some great games and great spectacles. I have been involved in a lot of games with a lot of goals against Arsenal. They’re always pretty good [games] against a good side, but let’s hope and try to get a victory again at Anfield.

“It doesn’t need to be as spectacular as it was in the other recent games [with Arsenal] – the only thing we want is the three points!”

Liverpool are aiming to secure a first league double over Arsenal since 1999-2000, having edged a pulsating contest 4-3 at the Emirates back in August. If they were to do so, they would leapfrog their top-four rivals in the table.

“It was a good performance at the Emirates and that’s really important when you start a season,” Mignolet recalled. “Away from home at Arsenal’s ground, it’s exciting and you look forward to it – then we played really good attacking football, both sides did, with a lot of chances and goals. Luckily we won.

“It was a nice feeling to do that against Arsenal because they’re a good side and you always know it’s going to be difficult.

“If you can show something like that against them and score that many goals, then that gives a lot of confidence to the players.

“Now we look forward to this game because it’s a big challenge and a big opportunity for us to show what we can do.”

While a brace from Philippe Coutinho and fine efforts from Adam Lallana and Sadio Mane did the damage in that meeting 203 days ago, Mignolet made a telling contribution of his own when he saved a penalty from Theo Walcott with the scoreline still at 0-0.

“It was nice to start off the season by making the save from Theo Walcott,” he continued. “We have a lot of good memories from that game, although in the second half we conceded a few goals, which wasn’t as pleasing.

“But when you go to the Emirates, get the result you want and play that kind of football on the first day [of the season], it was a real show of intent. We will definitely have to do the same things again this weekend.”

Arsenal will arrive at Anfield in a mixed run of form, having suffered three defeats in their last five outings in all competitions.

Nevertheless, with a forward line including 20-goal striker Alexis Sanchez, Mignolet is well aware of the threat the visitors will pose throughout the team.

“As a ‘keeper, you can only look at certain patterns of how they attack, how they score goals and the strikers – we know Sanchez is a really big threat for them,” said the Belgium stopper. “On the other hand, it’s not only about the ‘keeper; we have to do it all together as a team, protect our goal and create chances.

“It’s not only about making sure we don’t concede because in the end, especially when you play at home, you have to create a plan where you can create chances and score. I think we’ve shown this season that we can go forward and give teams a lot of difficulties and problems. That’s the way forward and we can definitely use it again against Arsenal.

“Sanchez has shown he is very important for Arsenal. He has the goal threat, the individual qualities to get past a defender and then get his finish off. I think that’s what he’s added to his game, to score a lot of goals and be very efficient for his team. He is a player we have to look out for and try to stop him, but it’s Arsenal, so it’s not only Alexis Sanchez – there’ll be a lot more things we have to look out for. We will do that as a team, as a unit, to try and stop Arsenal and him.

“We accept the fact they have really good players and quality. We also accept it’s not going to be easy, but we have to look at ourselves – look out for them, but on the other hand make sure we get our game plan right and play well.

“We’re playing at home, we’re Liverpool, so we have to try and get the three points ourselves rather than looking at the opposition.”