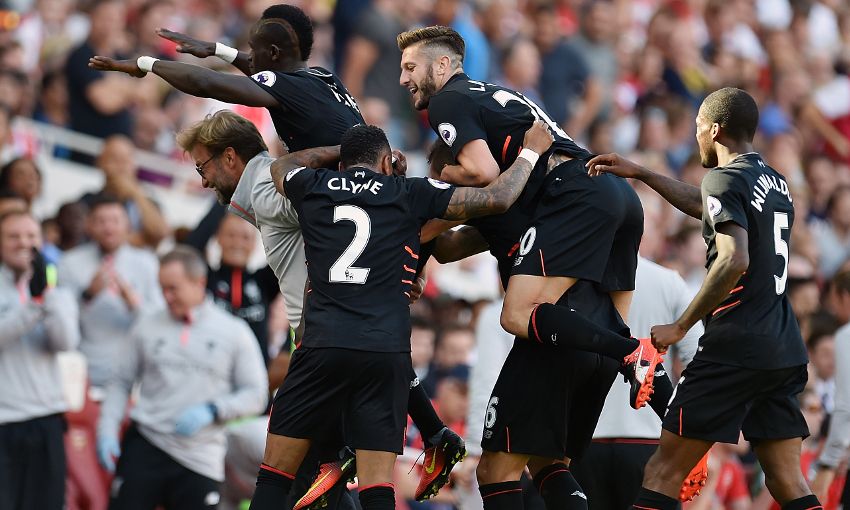 Jürgen Klopp feels the change in the landscape since Liverpool last faced Arsenal is completely natural – but his optimism remains at 100 per cent ahead of their latest meeting.

The Reds kicked off the Premier League campaign with a stunning 4-3 victory at Emirates Stadium back in August, on an afternoon when the away side recovered from an early concession to lead by three goals at one point.

Such scintillating attacking play was a hallmark of Klopp’s side in the first half of the season, but a difficult run of form has been endured since the turn of the year.

That means a different atmosphere is to be expected, according to the manager, as Liverpool prepare to face the Gunners for the second time this term.

But that does not detract from Klopp’s belief in his team’s chances of responding to defeat at Leicester City earlier this week with another memorable performance against Arsenal on Saturday.

He said at his pre-match press conference: “I’m not a clown, even if a few people think I am! I’m not always laughing like crazy, I’m a normal person.

“We all are influenced by the experience we made. That’s how it is. How should I be in exactly the same mood as I was in the beginning of the season?

“This is work. My job is that the players feel until the next game that there is a big chance we can win it. That’s not with laughing the whole week and ignoring the problems we have.

“Maybe a few people will say it’s a little bit like the season all in one game. But that was not clear in this moment. We were really happy that we could beat a really strong side like Arsenal in their home ground.

“The last games we played against them were always kind of spectacular – the home game last year here was an intense and spectacular game. Maybe the next one will be similar.

“We cannot ignore the things that happen around. But I am 100 per cent optimistic again when I think about the Arsenal game on Saturday. But you cannot say I’m in exactly the same mood that I was at the beginning of the season.”

Discussing what is different for each of the teams since they last met, Klopp said: “I can’t say too much about Arsenal.

“The start is like it is; in an ideal world, a free-flowing start. Not perfectly organised and no bad experience together, as full of confidence as possible after a pre-season [when] we were all convinced that we did the right things.

“The Barcelona game was not too long [before] – another nice game in London. Completely optimistic, that’s how it is, and then a season is coming up.

“Meanwhile, we have [had] already a few bad moments together and that, of course, changed [things]. It doesn’t feel that free-flowing anymore, but that’s how seasons are. Maybe only one team has exactly the same feeling still – that’s Chelsea – and all the rest had better or worse moments in the season.

“Obviously, we have this lack of consistency. We cannot ignore it, because we were involved in the games. That’s the thing we have to do now.

“So it’s not too important to compare the start of the season with this moment. But it’s obviously different, that’s how it always is.

“If you want, you can already look forward to the start of the next season, because it will be the same feeling, whatever happens this season. We are now in the middle of the season and we thought it makes sense to try to deliver again on Saturday.”

Liverpool are unbeaten against fellow top-six sides in Premier League clashes this season, with impressive wins over Chelsea, Manchester City and Tottenham Hotspur added to the victory over Arsenal.

But that record has no bearing on Klopp’s preparation for this game.

He said: “No game against a top team of the league was easy, not one of them. It was always hard work, highest intensity and all that stuff.

“Until now, we were always ready to perform – and that’s what we have to do. But not because we did it against the other teams, only because Arsenal are here, a good football-playing side, and we need to bounce back, to get the points and keep the points at Anfield. That’s it.

“We cannot use the first Arsenal game because it’s really a lot of water under the bridge. I don’t usually use the games against similar teams.

“The real preparation for this game, the specific Arsenal game, you use pictures from the last three or four games of Arsenal, not from the longer past.”