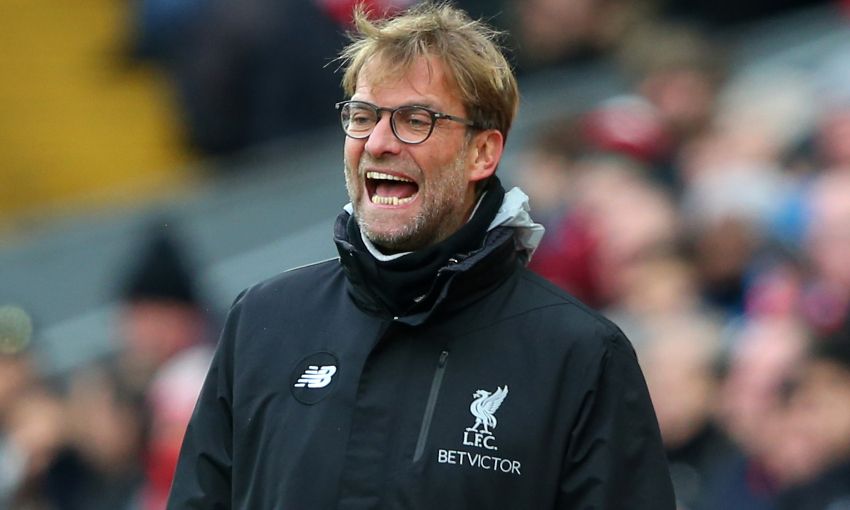 Jürgen Klopp does not expect Liverpool to come up against a vastly different Leicester City outfit on Monday, despite the departure of manager Claudio Ranieri earlier this week.

The Premier League champions sit just a point outside the relegation zone having lost their last five outings in the English top-flight, and opted to part ways with the Italian on Thursday as a result.

The removal of Ranieri comes in time for the Reds' trip to the King Power Stadium, but Klopp believes the change has come too late to significantly impact preparations for that game.

When asked about the possibility of the Foxes posing an entirely new threat, the German told reporters: "After the press conference, we will have our opposition meeting, so we will see how our scouts react on this.

"[First] game without Ranieri, I don’t think they will change it, I am not sure. Probably the two assistants will [take charge], so that's not a change, it's only a little different situation.

"Of course, probably the players have to show a few things and they want to - and our job is to not let them, that's difficult enough. Things I can’t have influence on, I cannot really think about.

"If we play our best, we will be difficult to play against whoever, and that's the thing we think about."

Ranieri's last game in charge saw Leicester notch a vital away goal as they went down to a 2-1 defeat to Sevilla in the first leg of the sides' Champions League last-16 tie.

Klopp is wary that Jamie Vardy's 73rd-minute strike in that fixture may have provided a timely confidence boost for Monday's opponents, but says it is up to his team to ensure the hosts cannot build up a head of steam.

"I saw the Champions League game and it was unbelievable the change in this one second when they scored the goal," he added.

"Maybe they can keep this, and we have to make it not too easy for them to bring it on the pitch. Or, if not, it's a job not to let the confidence grow.

"Again, we have to play our best football, that’s what we’ve been working on for 15 days now. It should be possible, but it's our job first to do and then to talk about."

In the absence of FA Cup commitments, the Reds will have gone 16 days without competitive action by the time they run out at the King Power Stadium.

But the manager is hoping that won't result in rustiness from his charges, and said: "We are used to it. A two-week break, it's not that we left the country and didn’t play football for a year.

"It’s two weeks, that's not a real problem. We played in La Manga - an internal game but it was a proper game - and we had sessions.

"When you have games every three days you say it’s too much but when you have one a week or a two-week break then it's not enough.

"It’s our job to do and we know this. We have to be spot on Monday night and play the best football we are able to do."