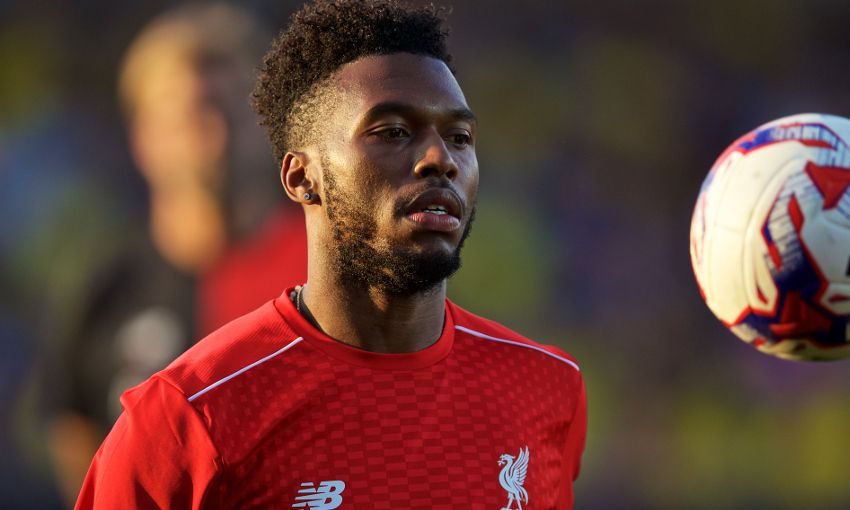 Jürgen Klopp has confirmed Dejan Lovren is set to return to training following a knee injury, while Daniel Sturridge is also on course for a comeback after a virus.

Lovren has been out of action since Liverpool’s draw with Chelsea on January 31 due to the issue, meaning he did not join his teammates on the mid-season trip to La Manga; however, the centre-back has stepped up his rehabilitation at Melwood this week.

Meanwhile, Sturridge did fly out to Spain for the training camp, but returned to Merseyside ahead of the rest of the squad because of illness.

Offering an update on the fitness of his squad ahead of the Reds’ clash with Leicester City on Monday night, Klopp said: “Unfortunately, not all of the players could join us [in La Manga].

“Daniel tried to but unfortunately we had to send him home because of a virus infection. He will probably come in today for the first time, [he needed] a few days.

“Dejan Lovren could not join us, but he trained today, he was running today - it was possible and he felt good. He could now do a few more steps in the right direction, so that’s good.”

Expanding on the injury sustained by Lovren, Klopp revealed how the defender visited a knee specialist in Germany to discover the underlying cause of the pain.

The manager continued: “If it would have been completely simple it would not have taken this long time. Before the Chelsea game he was struggling a little bit, but then when he was warming up it was getting better so he could play - and played really well.

“After the game, the pain was too big for him, so we gave him a little rest with treatment and made some diagnosis. In the end we could not find the 100 per cent clue, so we sent him to a specialist who found a few things, not directly in the knee where he had the pain.

“The knee is fine, but the pain was there. They sorted these things around [it] and I spoke to him five minutes ago and he [told me] he felt really well when he was running outside and so now he should be able to train tomorrow.

“He will be very, very close - tight - for the Leicester game, but having him back in training is of course good for us.”

Elsewhere, Klopp revealed Georginio Wijnaldum picked up a calf issue in training this week, but will be fit to make the trip to the King Power Stadium on Monday.

“He has had some little problems in training this week, he got a real knock on his calf but it should be no problem,” said the boss. “Yesterday he could run and today he could train, so that’s important.”