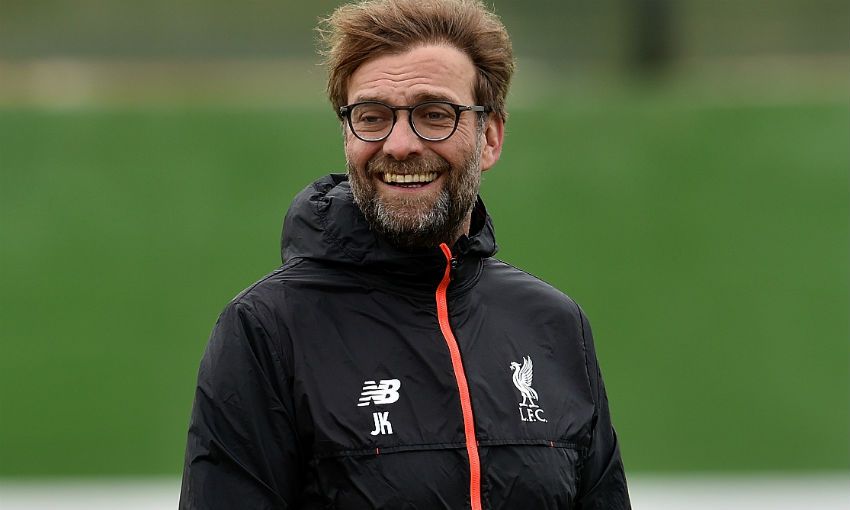 Jürgen Klopp has explained the reasoning behind Liverpool’s trip to La Manga, with the boss believing that a change of scenery could benefit his squad as they prepare for the final months of the season.

The Reds flew out to Spain for a mid-season training camp on Wednesday evening and will return to Merseyside on Sunday ahead their next Premier League match against Leicester City, which is scheduled to take place on Monday February 27.

Klopp oversaw a double session yesterday, with training also scheduled for today and Sunday - sessions that will sandwich a practice match tomorrow.

And the manager has welcomed the opportunity to work in a different environment for a few days as Liverpool seek to build on last weekend’s impressive 2-0 victory over Tottenham Hotspur in their remaining 13 matches of the campaign.

“Different things, actually,” Klopp told Liverpoolfc.com, when asked to outline his plans for the stay in La Manga.

“First of all, you might think it’s a bit cold for a ‘warm-weather’ training camp, but that’s a good thing because we didn’t want to go somewhere where it’s completely different to England in this moment, we only wanted to change the circumstances a little bit.

“We want to be focused on the work we do on the pitch especially, and of course we’ll use the opportunity to talk about a few things, how you always do in pre-season.

“I think there’s not a lot of good things to say about having a two-week break in the middle of the season because it means we are not in cup competitions any more, but we have to accept the situation and try to use it.

“So that’s what we’ll try to do, we have today two sessions, tomorrow one and Saturday a kind of an internal game that’s only really for us to see a few things and do a few things, Sunday one session and then we leave.

“But I think you can always talk about things you need to fix, or you can create the situation where you can work on it and that’s what we’re trying to do here.

“Melwood is a fantastic training ground but we are there for the whole year - since June, since we were in America, we’ve been there every day, so to come out and do a few different things I thought made absolute sense. The club gave us the opportunity to do it, and here we are.”

After watching his side pick up their first Premier League win of 2017 with a superb display against Spurs, Klopp remains optimistic that the Reds can achieve ‘something special’ this season.

“I spoke a few days ago, after the Hull game, that we lost kind of the flow, but actually we have it. We’ve played fantastic football in this season already and obviously people are in a good mood here,” he added.

“It was all about getting the confidence in training, and doing the things we want to be good in and were good in and I thought the Tottenham game showed already that we are still capable of doing things like this, but now we have to bring consistency - we know this.

“[There are] a lot of things you could already say about this season, a lot of good things and a few not so good things, but at the end we have the chance in 13 games to really reach something special, and that’s what we are working on.

“I’m really looking forward to it and like I said in the plane: ‘In a few hours we’ll be in Spain and we can start working on it’, and that felt good.

“Coming back then and having another week to prepare for the Leicester game and the rest of the games, Arsenal and all that stuff, that’s good and hopefully everyone can see after this.

“It’s a little pre-season, it’s only four days, a proper pre-season camp is maybe nine days but that’s for a whole season and this is only for 13 games, so it’s exactly the right time. We should use it.”