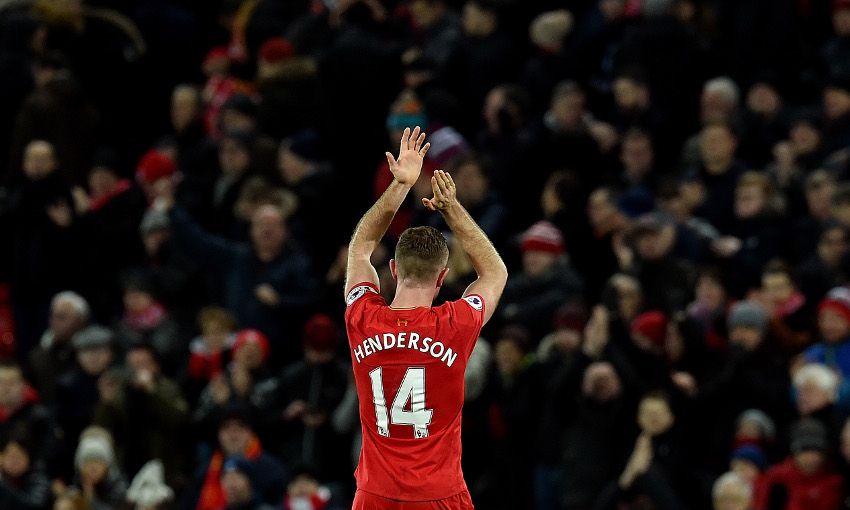 Jordan Henderson believes Liverpool are heading 'in the right direction' after ending a poor run of form with a 2-0 win over Tottenham Hotspur.

Ahead of Saturday's game at Anfield, the Reds had claimed just one win in 10 games since the turn of the year - against Plymouth Argyle in the FA Cup.

But they produced an outstanding display to overpower Mauricio Pochettino's men, with Sadio Mane's first-half double proving the difference.

And, while Henderson admitted the result did not completely atone for his team's recent rut, he was delighted with the nature of the performance.

“I thought we played well, even without the ball we were still in control,” he told BT Sport.

“[We were] much better in terms of performance and obviously result [compared to] recent weeks.

“It doesn't make up for it but it’s a start in the right direction and we just need to keep going on like that until the end of season.

“I think you could see a lot of good things in our play with and without the ball.

“We have been frustrated over recent games, not only with the results but performances as well.

“Today it was nice to have good performance and a good three points.”

LFCTV GO: Watch 11-minute highlights of the win over Spurs

Liverpool remain undefeated in fixtures against the other sides who occupy the top six this season but have too often dropped points when facing teams they expected to overcome with a degree of ease.

When probed on that fact, the captain added: “That needs to change quickly. We need to solve that issue, really.

“But if we keep playing that it doesn't matter who it's against, that’s the level set.

“We need to play like that every week no matter who it is we play against and that's what we try to do from now until the end of the season.

“Tonight was a big win and a big performance because Spurs are a really good side.”