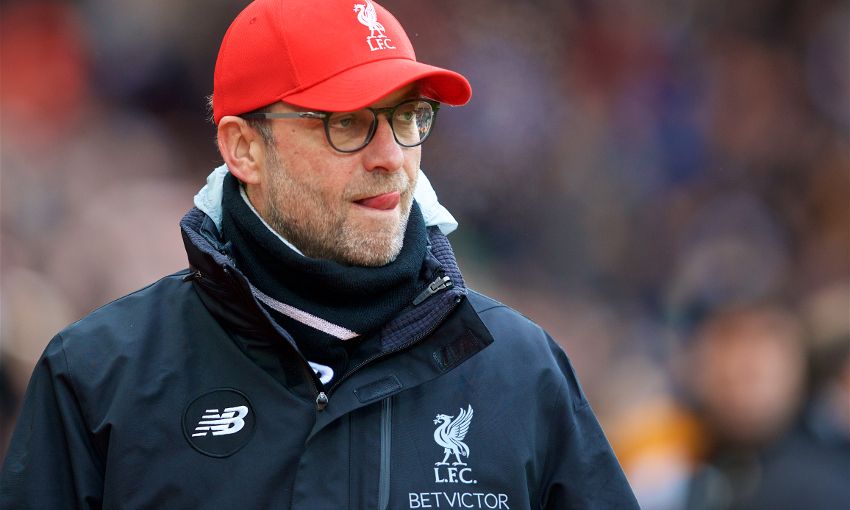 Liverpool should ignore Chelsea's relentless form to date this season as they attempt to take down the Premier League leaders on Tuesday night, according to Jürgen Klopp.

The Reds were involved in one of the four games Antonio Conte’s side have failed to win so far this term when they claimed a 2-1 victory at Stamford Bridge last September.

Klopp’s men come into the second meeting of the campaign on the back of a disappointing run of results, however, having lost successive matches at home to Swansea City, Southampton and Wolverhampton Wanderers.

Nevertheless, the manager is sure his team have what it takes to thwart the Londoners again, particularly with such strong motivation to improve on recent performances.

A key factor in doing so, in his opinion, will be to put aside the knowledge of Chelsea’s excellence in 2016-17 and simply give their own best under the Anfield floodlights.

Asked what a win would mean for Liverpool, the boss said: “Three points and probably, I’m not sure, but I think a lot of teams in the league would [be] on our side and want us to win.

“That maybe happens not too often. But, of course, they are doing an outstanding job until now, they have played a fantastic season.

“For us, it’s three points, getting back in a positive way of course [and] very important. I know what will happen after the game if we lose and it’s the fourth game in a row – it can always be negative.

“But, on the other side, even [if] we would have won the last 10 games in a row, it would not make it more likely to beat Chelsea.

“We have no responsibility for Chelsea’s nearly perfect season; we beat them once, the rest we have no influence on. We play now a second time against them and so will try everything to keep the points in Liverpool. Everybody can imagine this.”

Klopp continued: “I can say nothing about Chelsea’s position. We have only one thing to do – try everything to keep these three points here.

“Then, again no influence. If they lose here and then win the rest, they are probably the champions. That’s not our thing to think about, it’s only the game.

“That’s an interesting challenge for us, really interesting, because they are in a good moment. That means something but not everything. That’s football.

“We lost a few games we should have won and I think a lot of people think in this moment it could be difficult for Liverpool, and it is difficult, no doubt about this, but possible. So, [whoever] wants to help, you’re very welcome.”

Conte’s charges responded to an indifferent start by storming to the summit and currently enjoy an eight-point advantage with 16 games remaining.

During his pre-match press conference, Klopp was also quizzed on the secret to Chelsea’s form.

He said: “They play really good, that’s 100 per cent sure. And they had, in a few games, the right amount of luck that you need in one or two games, [Diego] Costa decided it or [Eden] Hazard decided it and the rest was not world-class.

“But, with all these results, they are a real threat. The system they play, they play the team nearly all the time; I don’t think there are a lot of changes, in the Premier League especially.

“They are doing well – that’s how progress can work. If you have these quality players, after a bad season for Chelsea, with experience and an age where they still want to get something – the right age, if you want – and then a manager who is used to working with a team like this, which was educated by Jose Mourinho and then with Conte, a manager coming who uses these kinds of players outstandingly well.

“They do well, I cannot say different. But we only play twice against them, the rest is their job. We have to play our own season.

“They have quality combined with this winning mentality which Chelsea had when they became champions two years ago.

“This kind of football, really experienced football, not always entertaining but if it’s possible then entertaining. If [they] are 1-0 up, nothing happens anymore. That’s quality, actually, so it’s interesting to watch.”