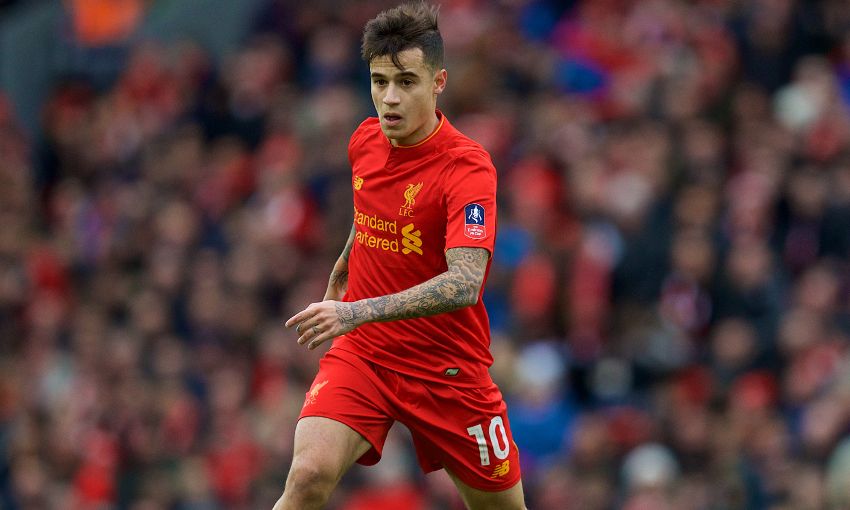 Philippe Coutinho knows it is imperative Liverpool bounce back from a 'very hard' week when Chelsea come to Anfield on Tuesday night.

The Reds suffered a third successive home defeat on Saturday as Wolverhampton Wanderers claimed a 2-1 result in the FA Cup fourth round.

Southampton and Swansea City had previously brought Liverpool's year-long unbeaten record at Anfield to a sudden halt, leaving Jürgen Klopp's side out of the EFL Cup and with work to do in the Premier League.

There is little time to dwell on those consecutive disappointments, though, with runaway leaders Chelsea set to visit tomorrow evening.

And Coutinho wants the Reds to use their frustration during the past week as motivation to make amends against a team they beat at Stamford Bridge earlier this season.

Speaking after the Wolves defeat, he said: "It was hugely disappointing.

"We have to lift ourselves for Chelsea, that is very important. We have all left the dressing room feeling so disappointed because we lost again. It was very hard.

"We have another opportunity straight away to bounce back, and it is a good opportunity, a big game against Chelsea.

"We have a few days to prepare everything and to go again - and that is what we must do now."

A testing week on the pitch was not mirrored off it, at least, with the club able to announce new long-term deals for Coutinho and Joe Gomez.

The No.10 reiterated his confidence that Klopp's work with the Reds will pay dividends in the years to come - which was a huge factor in committing himself to the cause.

"I signed a new contract and there was a message," said Coutinho. "I am happy to sign, and I would like to say it is not about one week, no matter how bad that is, it is about the future with this squad.

"The club is very ambitious, the players and the manager are all focused. Everyone believes in that, and everyone wants to bounce back at this moment.

"It has been a bad week, but we are looking beyond that. Of course we believe we can win titles under this manager - we are confident that will happen.

"Like I said before, I have signed because the manager is a winner, and everyone believes in him.

"I believe in what he does, and everyone inside the dressing room believes he will take this team to titles - that is why I signed a new contract, and that is what we want to do."