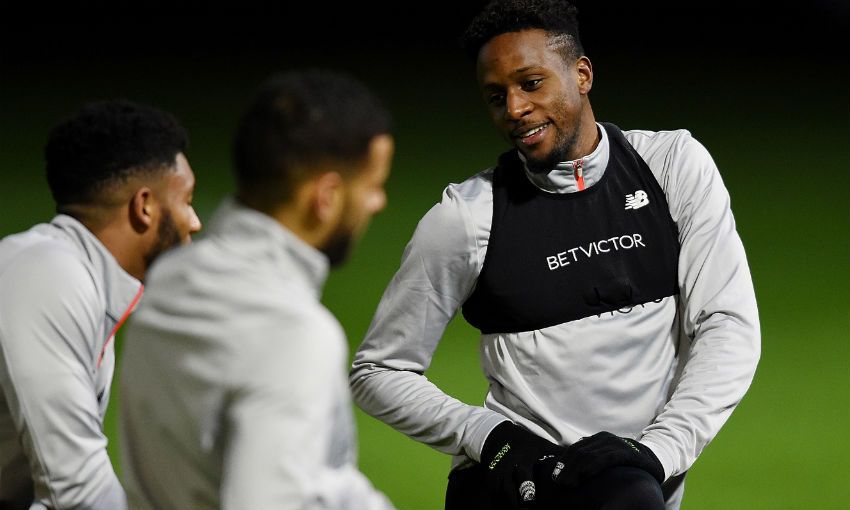 Divock Origi is confident that a combination of focus and hard work will lead to him rediscovering his goalscoring touch sooner rather than later.

The striker netted in five successive Liverpool games across the end of November and start of December, but four starts and four substitute appearances in the eight matches since then have yielded no goals for the No.27.

However, that run has not had a negative impact on Origi’s self-belief, and he expects to be back on the scoresheet in the near future.

“As a striker you always want to score, but the most important thing is to keep doing your thing, keep focused, keep playing your game and of course, if the qualities are there and the instinct is there, then it’s just a matter of finding the right places,” the Belgium international told Liverpoolfc.com.

“[You have to keep] focus. I’m confident that it will be OK.”

Forwards who are struggling for goals often seem to kick on and get more once they have ended their barren spell - and that is something Origi is well aware of.

“Hopefully - I hope that I can score until the end of the season!” the 21-year-old replied, when asked if one goal could see him embark on another prolific streak.

“You always want to score as much as possible, but the most important thing is that we win as a team, that we play our football, that we get confidence from that.

“And like we’ve seen before, when the team plays well, obviously as a player you also benefit from it.”

Origi went on to reveal he has not been given any specific advice from Jürgen Klopp and his coaching staff about what he can do to get back among the goals, with the boss seemingly happy to trust his player’s natural game.

“I think it’s more like: ‘You just have to keep on doing your thing’,” he explained.

“Obviously every game is different so you have different instructions, but for me the main focus is to keep doing my thing and just work hard and look forward and play with a lot of passion.”

Next up for Origi and his teammates is tomorrow night’s EFL Cup semi-final second leg against Southampton at Anfield, with Klopp’s side trailing 1-0 from the first meeting.

Only fellow Reds striker Daniel Sturridge can better Origi’s tally of three goals in the competition this season - and that gives the former Lille man confidence going into the match.

“First of all it’s an exciting game, the semis and we want to go to the final, play at Wembley and win this cup, so that’s a huge, huge thing,” he continued.

“Of course, Southampton - I think if you’re on the pitch you just enjoy your game, like I did before and will continue doing. You give everything and it can go bad or good, but when you do that then you expect the best.”