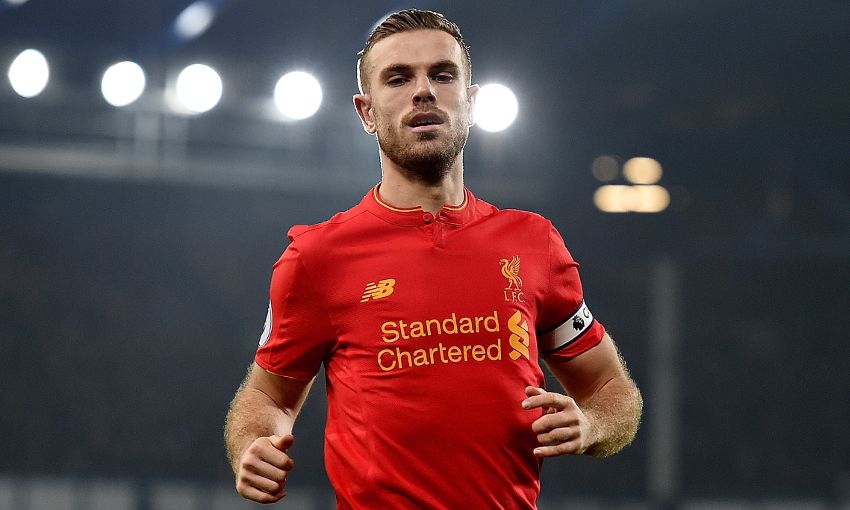 Jordan Henderson's satisfaction with Liverpool's first half of the season is tempered by an understanding of the amount of work that still lies ahead for his team.

The Reds reclaimed second place in the Premier League with their stoppage-time victory over neighbours Everton at Goodison Park on Monday night.

Sadio Mane’s decisive prod home on the other side of Stanley Park secured an 11th win of the campaign and closed the gap to leaders Chelsea to six points.

Back in the summer, Henderson was confident that Liverpool could be in such a position given the talent in the side and on the bench – but the captain simply won’t allow any resting on laurels.

“I said at the start of the season that I had a lot of confidence and belief that we could be high up the table,” the midfielder said after the success at Everton.

“I saw no reason, when I looked at the manager and the squad and the way the summer had gone, why we could not challenge for trophies.

“There are also things for us to improve – we know that – but it is pleasing that in the majority of games we have been at a high level.

“I know I always say ‘focus on the next game’ but that is the truth. You can’t focus on the final outcome and start talking about what you might achieve when there is so much work to do.

“We have got to keep looking at the next challenge. If you take your eye off the ball, that is when you encounter problems. That is why we will just focus on the next performance and see where that takes us.”