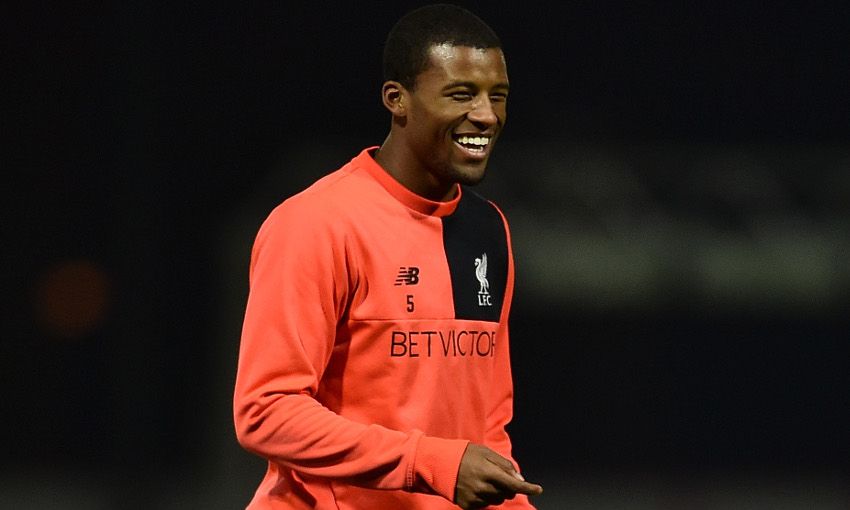 Georginio Wijnaldum has warned Everton fans that any attempts to put him off his stride during Monday's Merseyside derby will only strengthen his desire to win.

The Dutchman is preparing for his first meeting with the Toffees as a Liverpool player, but has previous experience of another great English rivalry to call on.

During his one season at Newcastle United prior to moving to Anfield, Wijnaldum featured in two typically heated clashes with north east neighbours Sunderland.

And so he knows exactly what will be required in terms of temperament at Goodison Park next week.

When asked how to deal with opposition fans' taunts, the midfielder told Liverpoolfc.com: "You must enjoy it.

"Enjoy the rivalry, enjoy the fans from Everton booing you, that’s the best way. It will make you give your best and try even harder to win the game."

While Wijnaldum's knowledge of the Tyne-Wear rivalry is likely to stand him in good stead, he is readying himself for a derby with a little extra spice given it is contested by two clubs who share the same postcode.

The No.5 admits he was shocked to see just how close the Blues and the Reds are when he first made the journey around Stanley Park.

"When I played my first game with Liverpool at Anfield, we were driving to the stadium and I was new here so I didn’t know a lot of the city," he added.

"But when we drove up I looked outside the bus and saw a stadium and thought, ‘That’s not our stadium’, but then I realised it was Everton’s. And then I looked on the other side and could see Anfield. I never realised it was so close!

"Two clubs in one city, the stadiums so close, the fans from both teams want to win this game."

The Netherlands international also revealed that he will be walking out onto the Goodison turf with the words of the many Reds he has met in the city ringing in his ears.

"When I’m in the city centre and I see supporters, they always say they really want us to beat Everton – even when the game was so far ahead. You can see it that it’s a big game for them," he continued.

"When I joined Liverpool, [the derby] was not my first thought. But when you’re here you realise that Everton is also in this city, and it is a big game.

"I can imagine this is bigger [than Newcastle v Sunderland] because it’s the same city."

Match report: Reds held by Brighton after dramatic clash at the Amex