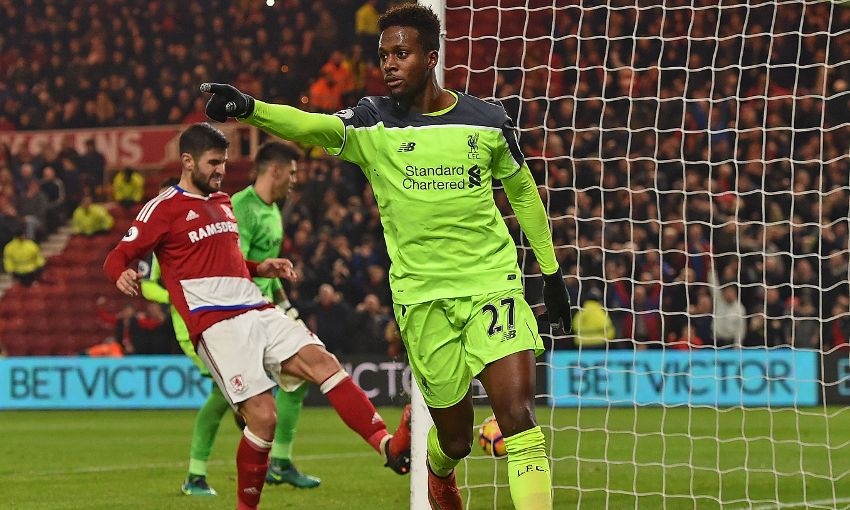 Hard work in training and freedom of expression in games is the formula behind Divock Origi's recent goalscoring streak.

The Belgian extended his run to five strikes in five matches on Wednesday night when he netted against Middlesbrough at the Riverside Stadium.

Origi’s clinical finish followed up an opener from Adam Lallana – who later added a third – and helped Liverpool return to winning ways in the Premier League with a 3-0 result.

The 21-year-old was in a typically humble mood after the final whistle, however, stressing that now is by no means the time to take satisfaction from his exploits.

“I do my best,” Origi explained to Liverpoolfc.com.

“You work in the week and at the weekend you can express [yourself]. You just have to keep on working.

“I have very big goals. For me, it’s only the beginning – I have to keep on making steps. At the end of the season, then you have time to reflect.”

LFCTV GO: Origi reflects on win at the Riverside

On the victory in the north east, he said: “It was very good and we’re very happy. I think to be able to win here is a boost for us.

“The game was much better. We keep on making steps and the hard work is paying off. Hopefully we can win the next game now.

“The beginning was tough. They are very organised and tough to break down, but we have a lot of qualities defensively and offensively. We showed that. We kept a clean sheet and scored three goals, so we’re very happy.”

Liverpool make the short trip across Stanley Park to face neighbours Everton in their next Premier League fixture, on Monday night.

Origi scored against the Blues at Anfield last season and revealed the fierce incentive in the squad to achieve another triumph over the club’s local rivals.