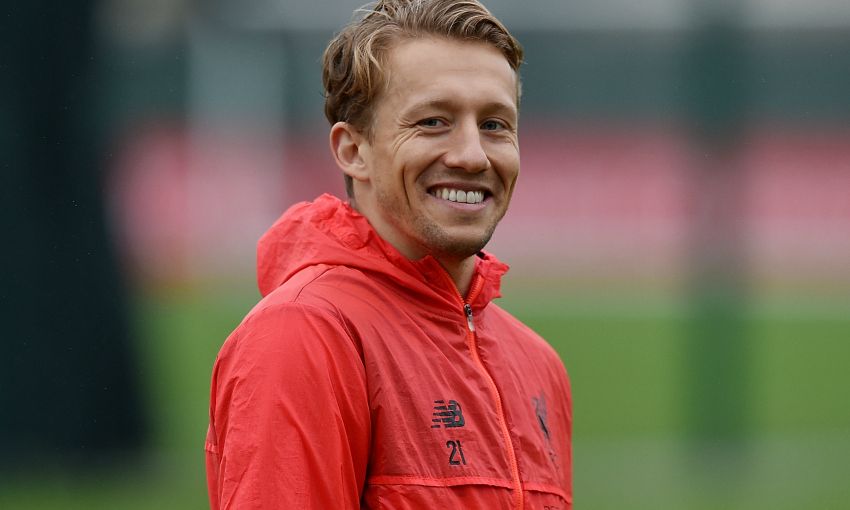 Lucas Leiva has explained why he enjoys playing at centre-back for Liverpool.

Since Jürgen Klopp changed his position from a holding midfield player to a central defender, the Brazilian international has embraced the challenge and flourished in the role, every time he has been called upon.

Speaking to the Liverpool Echo, Lucas said: “To be honest, playing there is something I had never thought about before the manager suggested it.

“The manager has put a lot of trust in me there. He thinks I have the qualities to play there. Every game I feel more comfortable and I feel more natural there.

“I’d say it’s probably my best position to play for Liverpool. Over my last 20 to 25 games for the club, I’ve played maybe 18 or 19 matches as a centre-back.

“I feel very comfortable in that role now. And when he needs someone to play in midfield he knows he can count on me there too.

“It hasn’t been so different. Of course with the way Jürgen likes to play, the holding midfield player has to do a lot more I’d say in terms of what I used to do before in that holding role.

“Playing as a centre-back is something similar. You don’t run as much as when you are in midfield but you need to be very focused. You need to be able to read the game. Every game I play there I try to improve and keep playing well.”

Despite not featuring regularly in the starting XI so far this campaign, Lucas says he understands the importance of having a strong squad that is capable of challenging for honours.

Liverpool's No.21 insists it's important to remain focused and be ready whenever the manager needs him.

“I have to understand the situation at the moment, keep working and be ready for when the opportunities come,” he added.

“I know I’m still an important player for this group. Of course everyone wants to play but we don’t have as many games as last year.

“You have to understand this but accepting it is very hard. If you accept not playing too easily then you probably won’t be ready when the chance comes.

“I will never just accept not playing. The day I do is probably the day I should think about something else.

“I’m challenging for a position and the manager knows I can do a job.”

May 2017 will mark 10 years since Lucas first arrived on Merseyside to begin his journey in front of the Kop.

The popular Brazilian insists he would love to mark the occasion by helping Liverpool pick up some silverware.

“It’s been a fantastic journey,” he added.

“A very hard one I’d say, but I am very proud of what I’ve achieved and I still have a lot more to achieve here.

“A journey of 10 years will always have a lot of ups and downs. There have been happy and sad moments.

“I’d like to have won more things but you have to keep trying and keep fighting. Hopefully in the end there will be more trophies and it will all be positive.

“I know I have respect from the fans and from everyone at the club and that’s what you aim for as well.”