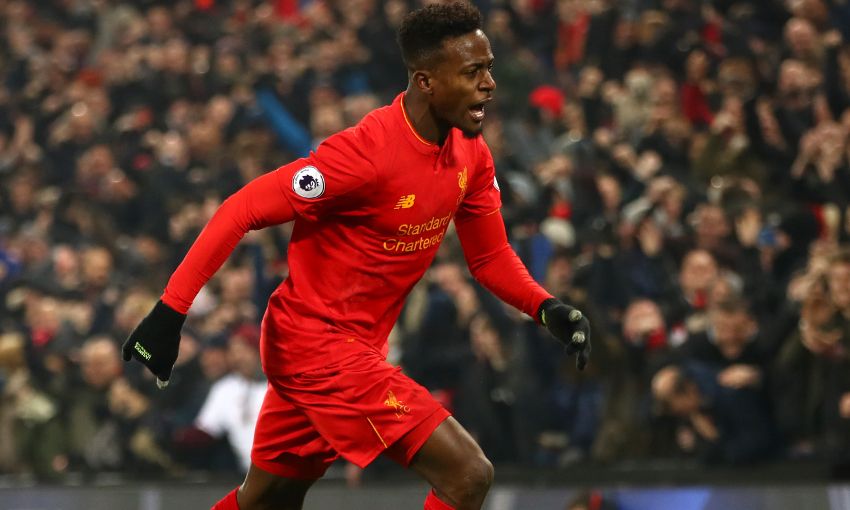 Divock Origi has revealed why he turned down the lure of some of the biggest clubs in football to continue his footballing education with Liverpool.

The Belgium international who has found the net in his last three successive games in a red shirt, offered a fascinating insight into why the move to Merseyside was right for him.

After starring in the World Cup for Belgium in 2014, Liverpool swooped to sign the in-demand striker and agreed to let him stay with Lille for the 2014-15 season before his arrival in front of the Kop.

Recalling why Liverpool was the only club for him, Origi said: “There were offers from everywhere. Bayern were interested, all these clubs.

“But I came to Liverpool, I saw the facilities, I took some time out of my vacation to visit Melwood and speak with [then manager] Brendan Rodgers.

“When I came in, everyone knew my name, they knew who I was and they were looking at a video of me even from the U15s.

“They knew about my qualities and when I saw the values of the club - passing, pressing, fast players - I was like: ‘this is the place I want to go.’

“Lille didn’t want to let me go, they wanted to find a solution, I wanted to join Liverpool, I wanted to play and in general everyone agreed to allow me to stay on for one more year at Lille.

“When I first came in to Liverpool, I realised quickly what an immense club this is. We went to Malaysia, it was very nice to see because you see how big players maintain their level, the work they put in, the professionalism and how strikers are working.”

Before signing for Lille, Origi also revealed he had the chance to play for Manchester United, but decided to follow his heart and play in France.

He added: “I started with the national team at U16s. It was a very good year for me, a lot of scouts were coming to my dad. I heard Manchester United wanted to sign me, some Italian clubs and German clubs.

“I visited Lille’s training centre. I was amazed how good it was. I saw how Eden Hazard had grown from young player to big player winning the league with them and that was something very nice. They have a very good reputation at developing young players.

“My heart said: ‘go to Lille.’ I remember coming home from school, sitting in the kitchen and my dad said: ‘the choice is yours, what do you want to do?’ I decided to go to Lille.”