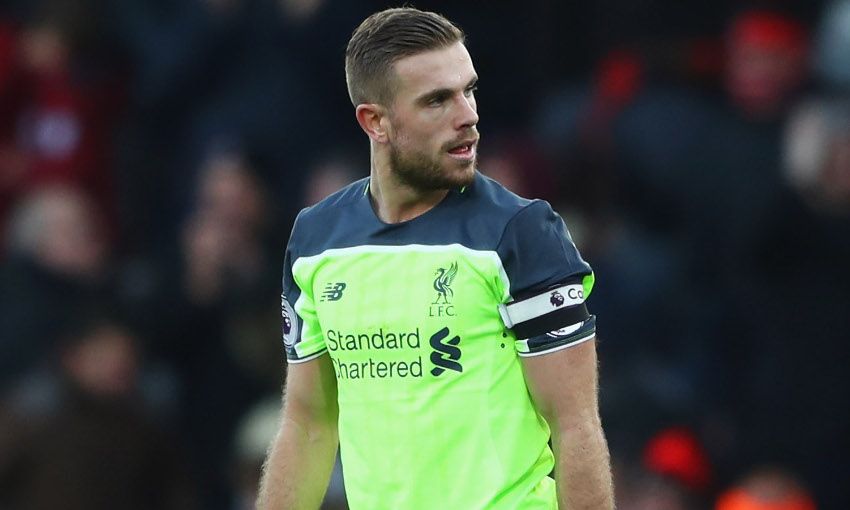 Jordan Henderson says putting in the hard yards at Melwood is the only way he and his Liverpool teammates will get Sunday's defeat to Bournemouth out of their system.

The Reds twice held a two-goal lead on the south coast but could not surpress a late fightback from the Cherries, which was completed when Nathan Ake poked home to make it 4-3 in injury time.

Henderson cut a disappointed figure as he offered his post-match reflections at the Vitality Stadium, but was keen to underline the importance of quickly setting things right on the training pitch.

"That's the one thing you've got to do: try and learn from it as best you can and use it for the next game," the captain told Liverpoolfc.com.

"Obviously we'll be disappointed for the next couple of days but we'll get back on the training pitch, get back working hard, and focus on the next game.

"We've been brilliant so far this season but today we weren't at our best and we were punished.

"You've got to give credit to Bournemouth, they kept going right until the end but we've got to learn from it quickly, move on and make sure we're right at it in the next game."

Henderson also revealed that he was unhappy with a number of aspects of the Reds' play in the first half, despite their two-goal advantage.

"There's nothing we can say, really. [It's a] very disappointing result," he added.

"I don't feel like we were at 100 per cent throughout the game to be honest but we did well to get back to 3-1 in the lead.

"But [we needed] to keep going and keep fighting, which in the end we didn't do, and they applied pressure in the last 20 minutes and got the goals.

"We were comfortable at times but I still think we could have penetrated a little bit better and there was still a lot of room for improvement after the first half. Second half we wanted to come out and improve.

Wins for the likes of Chelsea, Tottenham Hotspur and Arsenal over the weekend have somewhat compounded Liverpool's failure to collect three points.

But Henderson insists he pays little attention to how the Reds' rivals are faring.

"I don't really look at that to be honest. I've said many a time before, we [need to] concentrate on ourselves," the skipper continued.

"If you're concentrating on other teams then you're not focused on what you need to do.

"It's bitterly disappointing today, it's hard to explain, but we just have to move on as best we can and put this one behind us."