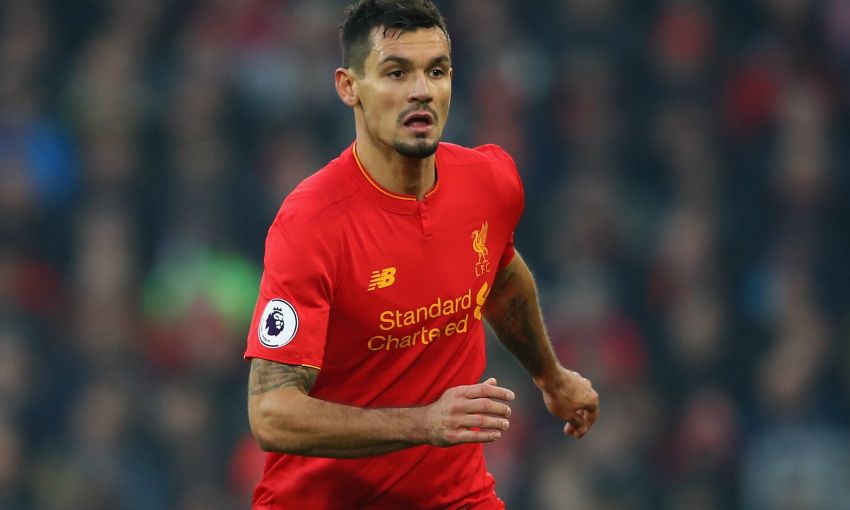 Liverpool may have recorded three successive clean sheets in the last fortnight, but Dejan Lovren still sees room for improvement in the Reds' defence.

Jürgen Klopp’s side have doubled their number of shutouts for the season to six by following up a goalless draw at Southampton with back-to-back 2-0 home victories over Sunderland and Leeds United.

Any claims that his team suffered from fragility at the back were consistently rejected by Klopp earlier in the campaign, and the manager’s faith in his defence has been vindicated with a series of solid displays.

Lovren’s burgeoning partnership with Joel Matip at the heart of Liverpool’s backline has been particularly impressive in recent weeks, although the Croatian and his Cameroonian teammate were rested for Tuesday night’s win over Leeds.

Lucas Leiva and Ragnar Klavan filled in for them with aplomb, while Simon Mignolet, Trent Alexander-Arnold and Alberto Moreno also performed well after coming into the starting line-up.

Lovren liked what he saw from his place on the bench, but while he is encouraged by another clean sheet and Liverpool’s recent improvements at the back, the 27-year-old believes the defensive unit are not yet functioning at their maximum level.

“For the confidence of everyone, for the goalkeeper, the defence, [the clean sheet] is great,” he told Liverpoolfc.com.

“I think Klavan and Lucas had a great game on Tuesday, both of them, especially with Alberto and Trent behind. These four are not playing together day by day so I think they had a good game.

“Of course, it’s important to have a clean sheet but when you’re in the Premier League it’s really tough. I always prefer the three points.

“I think we’re on 85 per cent. We’re in good shape, everyone is doing well, but I think we can be better.

“As the season goes on further, hopefully until the end we can be still in the top four and maybe even in first place.

“We just need to work hard and keep our heads down and not to think about big things - go game by game, that’s the best thing for us.”

On his relationship with Matip, Lovren feels he made an immediate connection with the No.32 following his summer move from Schalke.

“It’s always easier when you have the feeling with your partner and know each other,” he added.

“To be honest we’ve done it quite well, even in pre-season, [it was] really quick - I don’t know why, maybe because he’s speaking German and I’m speaking German, maybe that’s the funny thing.

“But like I said, it’s not just Joel, it’s everyone doing well.”

Klopp made eight changes to his starting line-up for the game against Leeds, with the likes of Alexander-Arnold and his fellow Academy prospects Ovie Ejaria and Ben Woodburn - whose late strike made him Liverpool’s youngest ever goalscorer - coming into the team.

And the ability of the manager to make wholesale alterations and still see his side overcome a team riding high in the Championship is one of the reasons Lovren feels upbeat about what can be achieved this season.

“It’s always good to come into work when you’ve won a game or got the three points, especially because we are now in the semi-finals, so one step closer to the final,” the Reds’ No.6 said.

“I think everyone was doing a great job, especially the young talented boys who got the chance to prove themselves.

“It was, I would say, a deserved win [against] quite a tough opponent. First half they really played good defensively, but we had the quality to break them and we achieved that.

“We have 25 players and with the young lads it’s really positive to see that we can count on everyone. It’s important to have five, six, seven players who are more experienced, but then you need to have the young blood, to find a rhythm. Everyone was doing really well.”

You can hear Dejan’s thoughts on the team’s recent record, his impressions of the youngsters’ impact and the goalscoring form of Divock Origi in episode 17 of this season’s #LFCWORLD, which is available from 8.30pm GMT tonight on LFCTV and LFCTV GO.