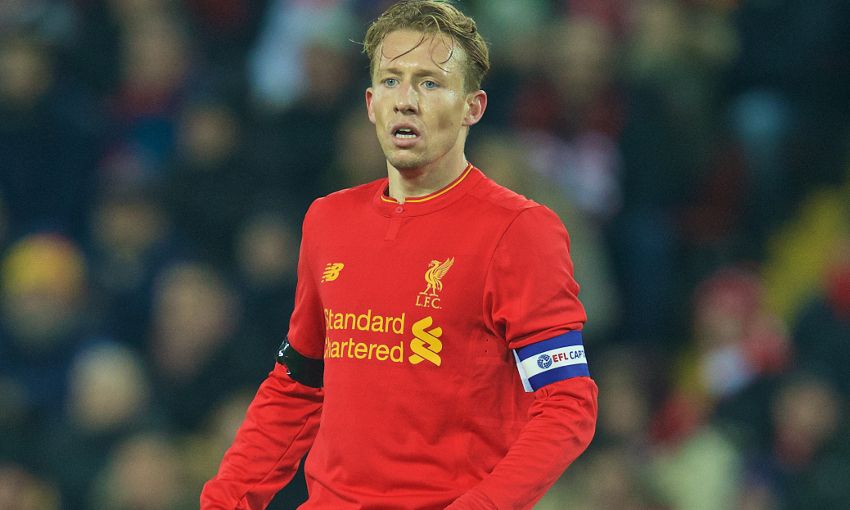 Lucas Leiva spoke of his pleasure at seeing Liverpool's youngsters play a determining role in the 2-0 victory over Leeds United on Tuesday night – but stressed the importance of allowing them to continue to learn their craft.

Ben Woodburn took the headlines by becoming the Reds’ youngest ever goalscorer when he netted the second of the game; however, Trent Alexander-Arnold and Ovie Ejaria were also influential throughout, with the former claiming the assist for Divock Origi’s opener.

Lucas told Liverpoolfc.com afterwards: “I think when you have a good core in the team, when the young players come in they feel comfortable, they feel confident and that’s what we try to do – let them express themselves because their quality is there.

“It’s one more game for them to get experience and they just need to keep going and keep learning.”

Woodburn’s goal meant the 17-year-old etched himself into the club’s history books, surpassing Michael Owen’s 19-year standing as the club’s youngest scorer of all time.

Lucas added: “It was fantastic. He came on in the last game for just a few minutes, but against Leeds he got a good run and just showed his quality. It was a good goal – good finishing – and he just needs to keep going.

“He is still very young and there is still a lot to learn, but he is a good boy and for sure he can go on to be a big player for Liverpool in the future.”

The victory means Liverpool will take a place in the semi-finals of the EFL Cup for a third consecutive season.

Two years ago, the Reds narrowly lost out in the last-four stage to Chelsea in the second leg of the tie at Stamford Bridge, while back in February they were edged out on penalties by Manchester City in the final.

Lucas is optimistic about their chances of going one better this time around, but feels everyone within the squad will have a part to play if that’s to happen – particularly with the traditionally hectic festive period looming before then.

“It’s very good to get through again – another semi-final and we will give everything we can to win this tournament,” continued the captain for the night.

“Last year we came very close and against Leeds we showed not only that the squad is very strong, but also that we’re keen to win something, so congratulations to everyone.

“We want to get to the final again and hopefully win it this time. We still have two games in the semi-final and we’re coming into a busy period with a lot of games, so we will need everyone.”

Meanwhile, Lucas admitted it had been a tough, emotional day following the news of the tragic plane crash in Colombia on Tuesday morning, in which 75 people lost their lives, including players and officials of Brazilian football club Chapecoense.

He said: “It’s a very sad day. I had people that I played with [on board] and there were some young players with brilliant futures ahead of them.

“It’s just a sad day. I tried to stay away from the news in the afternoon to focus on the game because it is really hard and it was the only thing people were talking about. We just hope the families are getting the support there and the victims rest in peace – that’s all we want.”