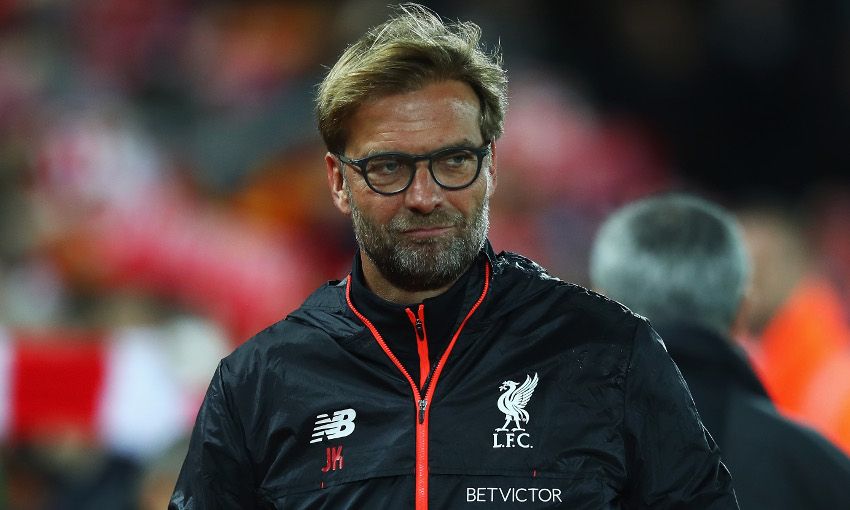 Jürgen Klopp has urged his players to show Sunderland that things are 'different' at Anfield when they visit on Saturday looking to extend their recent run of good form.

David Moyes' men have picked up their first two victories of the Premier League season in the last two games, beating Bournemouth and Hull City to propel themselves from the bottom of the division.

But Klopp does not want his team to aid the Black Cats' bid to move out of the relegation zone by dropping points this week.

The German is keen for the Reds and the bumper crowd that will turn out to support them to make life as difficult as possible for their visitors.

"We saw the games and maybe they played better games than against Hull or Bournemouth, but they won the games," he told reporters at his pre-match press conference.

"That's the most important thing, to get confidence, and they have it now.

"It’s our job to show from the first second as a big group, crowd involved, that we are different - here it's different.

"Sunderland, if they win football games in the Premier League: well done, deserved, whatever. But not here.

"That’s what we have to show [but] that will not be easy - the exact opposite of easy. I really, really hope that my team is ready for it, and I hope that the whole crowd is ready for it too."

The Mackems brought an end to a 10-game winless streak when they broke their duck at the Vitality Stadium on November 5 before adding to that with three more points against the Tigers.

But Klopp believes they had perhaps been unfortunate not to put more points on the board earlier.

"It's the best moment Sunderland had in the season and if you watch their games - and we watched a lot of their games in the last week - you can see even when they lost games in the beginning of the season, it was never a clear result," he added.

"You need to be ready for this game, that's the challenge."

But he was keen to underline the fact that his own focus - and that of the players - is fully on the task facing them at Anfield on Saturday.

"Sunderland is a real challenge because it's really hard already for you to ask about the Sunderland game because everything else seems to be more interesting," he continued.

"It's like the points are already [won] and we couldn’t be further away from having the points already. We will not underestimate them, 100 per cent not.

"If one person in the stadium would underestimate them, it would be the first mistake we could make.

"The weather will be good on Saturday and everything is prepared for a good football game - if we do our job, which will be a difficult one.

"Until now, [the performances were] good but the next challenge is already there and we have to do the good things again and the not-so-good things in a different way."