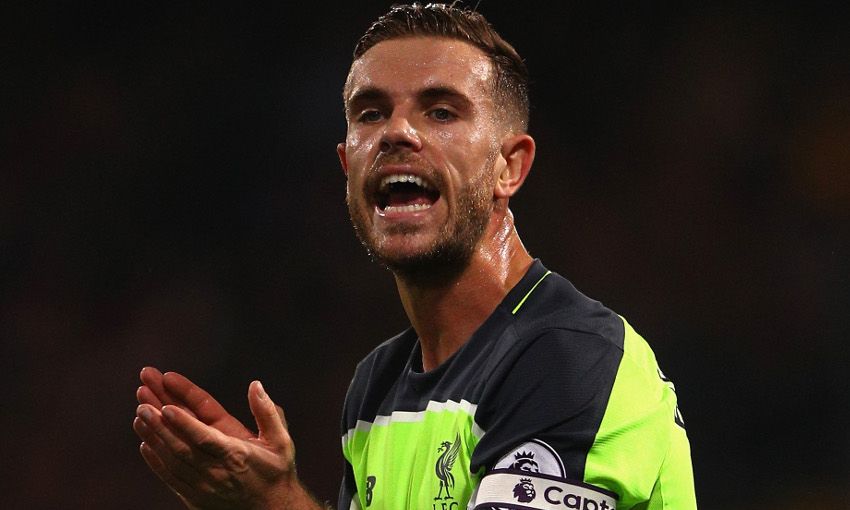 Jordan Henderson expects a blistering start to the season to result in Liverpool's future opponents approaching games aiming to stifle, rather than go toe-to-toe.

But the captain has urged the Reds to show they can deal with such tactics by placing irresistible pressure on the opposition goal.

Jürgen Klopp's team possess the most potent attack in the Premier League in 2016-17, but have drawn a blank on three occasions thus far - a defeat to Burnley and goalless draws with Manchester United and Southampton.

On each occasion, Henderson and co had more of the ball than the opposing team, but failed to turn that dominance into goals.

And the skipper says he and his teammates must ensure they punish sides who turn up simply looking to suppress attacking flair.

"I think because of the way we started the season, teams will come and try to defend and break up the play: they'll want to disrupt our rhythm as much as possible," he told Liverpool FC's official magazine.

"But that's part and parcel of football - teams might see that as the best way to get a point, or three, against us.

"We have to be prepared to face that scenario and when we do come up against it, find the solution to get a win.

"It's about momentum and keeping it going by retaining the ball well and ensuring the pressure stays on them."

The No.14 also explained how patience from players and fans alike is key to dealing with resilient opposition, particularly at Anfield.

"I also think in those situations a big part of dealing with opponents who want to keep it tight is about patience from everybody, both us players and our fans," he added.

"The fans always get behind us and in games like that you probably need them to drive you on even more.

"If they get too impatient or frustrated, that can transmit to the pitch. We all have to keep going and continue to be positive because a goal might come in the last five minutes or the last minute.

"When we score doesn't matter because it still gets us a result. You have to keep pushing and believing, no matter what the score is."