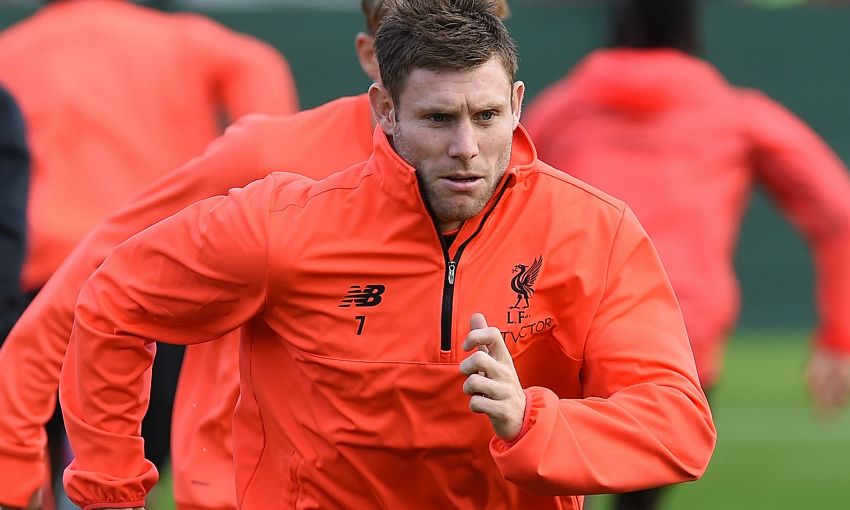 The unique demands of playing at left-back for Jürgen Klopp’s Liverpool mean James Milner sees no reason to study how others fulfil the position for different clubs.

Klopp’s decision to deploy Milner in a new role this season has been rewarded by a series of classy, assured displays from the Reds’ vice-captain.

The No.7 has also contributed four goals in his 10 Premier League appearances this term - all from the penalty spot - and he feels that the boss’ style of play suits his understanding of what is required from the left-back berth.

“Full-back is a position which changes massively depending on who the manager is. A left-back now is different to a left back 10 years ago and that is why I have not studied anyone,” Milner told The Times.

“I would find it harder playing left-back for another manager in another system because Jürgen likes his full-backs to play, he wants his teams to be fluid.

Milner went on to outline his determination to keep his place in Klopp’s side.

“I am not going to turn around and lie and say ‘I love playing there’, but if that is me being part of a successful team and contributing then I will do anything I can for Liverpool,” the former England international added.

“Ultimately, the team comes first. If that is what is best for the team then you do it. From that moment on, I was training left-back in pre-season and learning the position.

“He [Klopp] doesn’t owe me anything. I am a Liverpool player, he is the manager, he picks the best team to win and it is my job to make sure that what is best for Liverpool is me.”