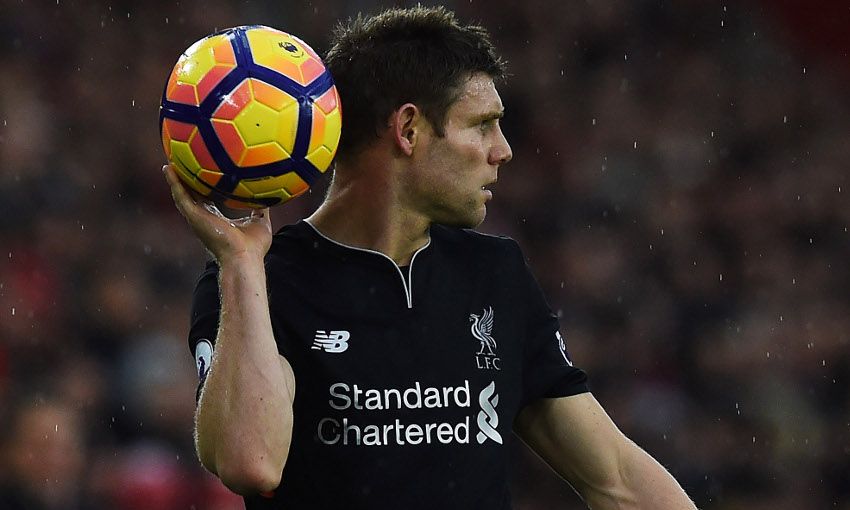 James Milner believes Liverpool 'did the hard part' in creating the chances to put Southampton to the sword at St Mary's yesterday.

But the Englishman lamented the visitors' failure to make the most of those of those opportunities as the reason they came away with a 0-0 draw.

The Reds were in charge from start to finish on the south coast but could not make their dominance pay as the game ended honours even.

Milner was largely happy with the way Jürgen Klopp's team went about their business, though, even if the result was not the right one.

"[It was] a pretty good performance, I think, I can't remember them having too many chances," he told Liverpoolfc.com.

"We dominated the game, really. They're a good side so to create the chances we did was the hard part, but we didn't take them and that's frustrating."

The 30-year-old also rejected suggestions that the international break may have played any part in a frustrating afternoon for Liverpool, citing the team's performance as evidence enough that they remained as sharp as ever.

"That's maybe something you worry about after the international breaks but it wasn't like we were off the pace," he said.

"We were on top for the majority of the game and we created the chances but that final finish wasn't there."

Southampton spent much of the fixture sitting deep and attempting to close off space between their midfield and defence.

But Milner believes that approach was forced upon the hosts by the Reds.

"They tried to attack us but we pegged them back and got on the front foot and they fell into that pattern," he added.

"They're a good team, they're well organised and they're disappointed with where they are in the table because I don't think that's a true reflection of what a good side they are.

"[We're] disappointed but it's a point and a clean sheet which is the least we should be getting."