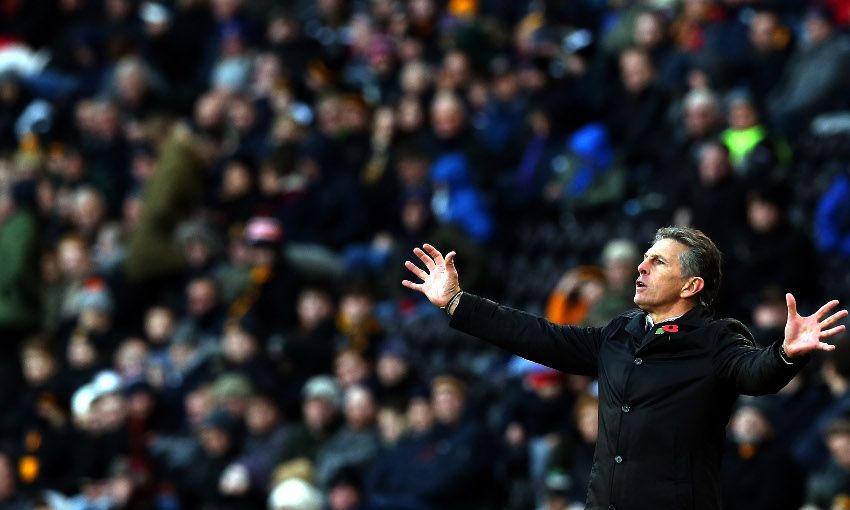 Jürgen Klopp has described Liverpool's next opponents Southampton as the 'biggest surprise' for him in the early stages of the campaign.

The south coast club secured their highest-ever Premier League finish of sixth last term, extending their record of having improved their standing each season since returning to the top flight in 2012.

But they faced a summer of change prior to 2016-17 getting underway, with manager Ronald Koeman leaving to take charge of Everton and key players such as Sadio Mane, Victor Wanyama and Graziano Pelle also taking their leave.

New boss Claude Puel and his much-changed squad have made a strong start, however, balancing league, European and cup commitments admirably to work themselves into a good position in each competition.

And Klopp has been suitably impressed by Saints' performances so far.

"Southampton, if you would have asked me nearly at each point in the season until now, I would have said [they are] the biggest surprise for me again," he told reporters.

"They did - again - an unbelievable job. We have a really good team and I think four players from our team are from Southampton and a few other clubs use them too, I would say.

"Again, they have this team and [made a] perfect decision with the manager. Claude Puel is an unbelievably experienced man and you can see it in each game.

"We watched three of their games and, results-wise, it was not that good in the last few games because of different reasons but it was not about the performance.

"The performance was always good, even when they lost against Chelsea or whatever, it was good. That's what we think about now and not what we did up to now.

"[We only think about] what we can use from the things we did until now and what will be helpful in the game against Southampton."

The German also heralded a scouting department that has consistently found solutions to the loss of important players.

But he insisted his team won't be heading to St Mary's looking to pay tribute to the astute work done behind the scenes at Southampton.

"They had to replace a manager, a very good manager, what a decision, really great," he added.

"They had to replace Sadio Mane; if you asked me now who would have been the best replacement, Redmond is quite a good choice. They had to replace [Graziano] Pelle; [it] worked! They could keep [Dusan] Tadic - a very good player. It's all around a good football team.

"The scouting is obviously really, really good. [That's how] the job should be done and so that's the only thing I say.

"Not to forget that we want to go there and win, not to celebrate their wonderful scouting department. Now we play against them, we know what we have to do."